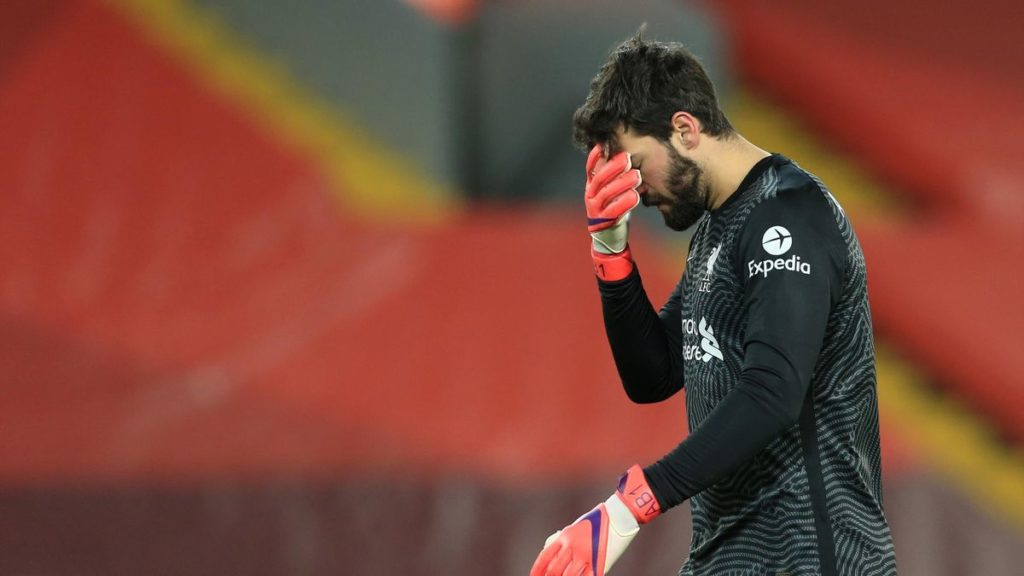 The father of Liverpool goalkeeper Alisson Becker has passed away aged 57 after drowning in a lake close to his holiday home in southern Brazil, according to local police.

Local police investigator Doroteo Machado Filho, based in the town of Lavras do Sul, told Reuters that Jose Becker was swimming on his property’s dam in the accident which occurred on Wednesday afternoon.

Brazilian club Internacional, who Alisson and his brother Muriel played for, have expressed their condolences.

“It is with great sadness that we received the news of Jose Agostinho Becker’s death, the father of our ex-goalkeepers Alisson and Muriel,” the club said via Twitter.

Alisson came through Internacional’s youth ranks before making 14 appearances for the first team prior to signing for AS Roma in 2016. Joining Liverpool in setting a transfer fee record for most expensive goalkeeper at the time two years later, Alisson has become one of the world’s best shot-stoppers.

The 28-year-old has been integral to Liverpool’s recent success in winning the Premier League, Champions League, Club World Cup and European Super Cup in his time at Anfield thus far.

FIFA’s Best Men’s Goalkeeper of 2019 has also gone on to make 44 caps for Brazil. Meanwhile, Alisson’s brother, Muriel, also started his career at Internacional, making 122 appearances in his 10 years at the club before joining Portuguese side Belenenses in 2017, returning to Brazil for Fluminense two years later.

Fluminense said on Twitter: “Fluminense Football Club deeply regret the passing of Jose Agostinho Becker, father of goalkeepers Muriel and Alisson. We wish all strength to his friends and family.”

Liverpool manager Jurgen Klopp has also gone through loss of a family member recently after his mother Elisabeth, passed away at the age of 81 and was unable to attend her funeral because of Germany’s ban on travellers from England due to COVID-19.