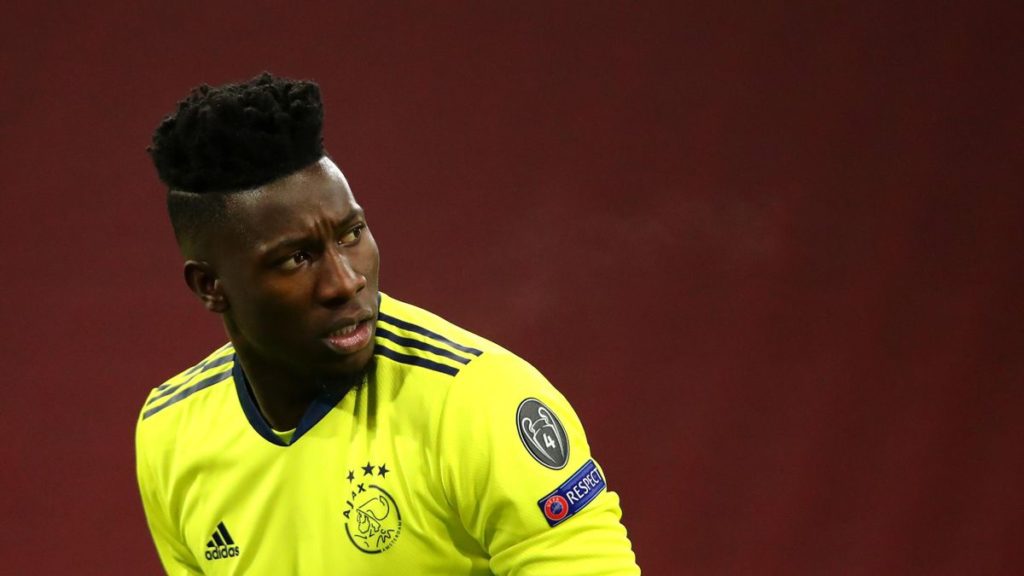 Onana will be unavailable to play in football activities both on a national and international scale as the ban is effective as of today, 5th February.

Ajax have said that they will appeal the suspension at the Court of Arbitration of Sport with claims that Onana “mistakenly took his wife’s medicine” with the doping offence committed “unwittingly”.

Furosemide was found in the Cameroon international’s urine during an out-of-competition check as the medicine was consumed after Onana was feeling unwell.

As quoted by Sky Sports, Ajax’s official statement read: “On the morning of 30 October Onana did not feel well. He wanted to take a tablet. Unwittingly, however, he took Lasimac, a drug that his wife had previously been prescribed,”

“Onana made a mistake with the product and mistakenly took his wife’s medicine, which ultimately led to UEFA’s action against the goalkeeper. The football association’s disciplinary body ruled that he did not intend to cheat. However, the European Football Association believes that, according to the prevailing anti-doping rules, an athlete has a duty at all times to ensure that no prohibited substances enter the body.”

The club’s managing director, Edwin van der Sar said: “We explicitly renounce performance-enhancing drugs; we stand for a clean sport. This is a terrible setback, for Andre himself but certainly also for us as a club.

“Andre is a top goalkeeper who has proven his worth for Ajax for many years and is very popular with the fans. We had hoped for a conditional suspension or a much shorter one than this twelve-months, because it was demonstrably not meant to strengthen his body and thus improve his performance.”

The absence of the Dutch champions’ first-choice goalkeeper will be detrimental to Ajax’s aspirations for the rest of the season with a seven-point lead over PSV Eindhoven in the Eredivisie table as well as a Europa League round of 32 tie with Lille to be played later this month.

Fellow teammate and club record-signing Sebastien Haller will also miss the rest of the Europa League campaign due to an “administrative error” as the former West Ham talisman wasn’t registered for Ajax’s squad.

The club have accepted that Haller will only be available in domestic competition having been in discussions with UEFA and KNVB (Dutch FA).