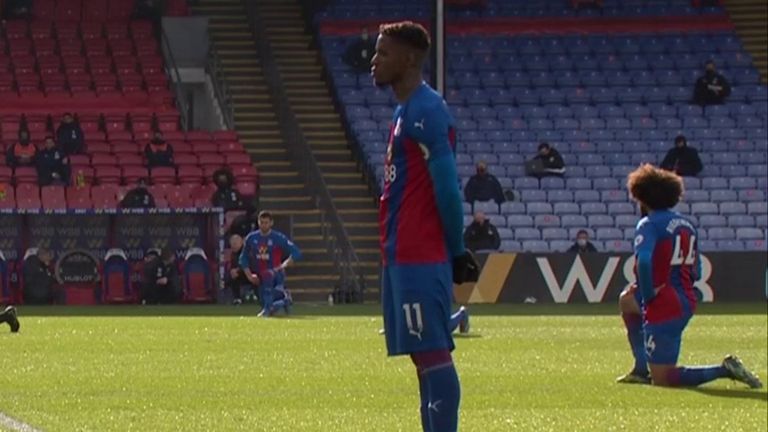 Wilfried Zaha became the first Premier League player not to take part in the common pre-match ritual of taking a knee as part of the Black Lives Matter movement.

Speaking after Crystal Palace’s 1-0 victory against West Bromwich Albion at Selhurst Park on Saturday, Zaha made his feeling known regarding the stance.

The Ivory Coast striker is quoted by Bleacher Report saying, “I feel kneeling has just become a part of the pre-match routine at the moment it doesn’t matter whether we kneel or stand, some of us still continue to receive abuse.

“We should be encouraging better education in schools, and social media companies should be taking stronger action against people who abuse others online.”

As players continue to be abused online, there has to be questions regarding the pre-match routine and its importance in the Premier League fighting against racism and social injustice.