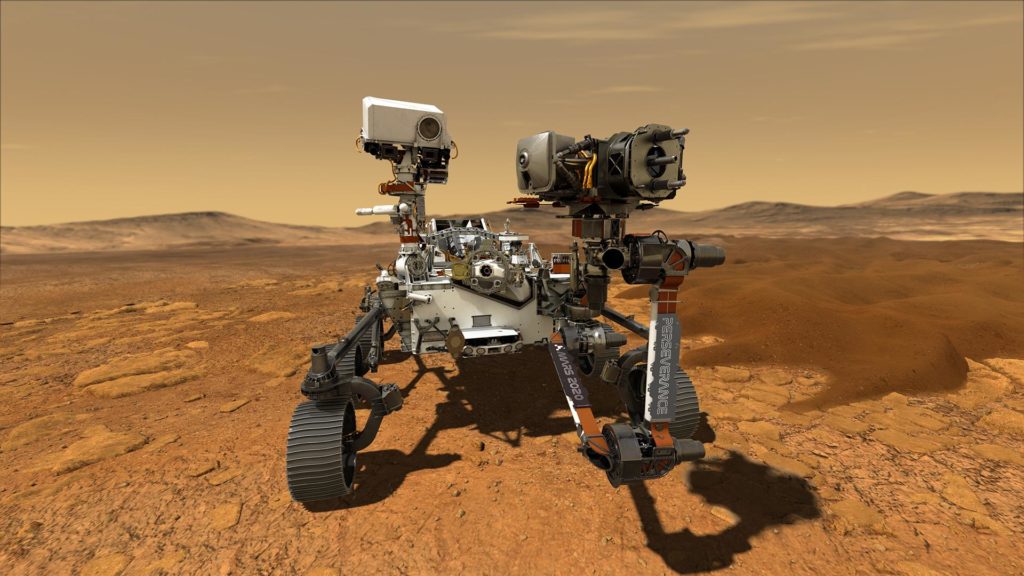 NASA has made more history by landing the Perseverance Rover on Mars as it survived what is known as the seven minutes of terror, completing the Entry, Descent and Landing phases.

This is the fifth rover that the American space agency have landed on the Red Planet as the entire process was streamed live on YouTube.

The Perseverance team cheered when seeing NASA’s most complete six-wheel robot ever launched into space as the 2,260-pound machine now has the freedom to manoeuvre the Jezero Crater, obtaining samples from the once water-rich river delta.

Through the Ingenuity helicopter, NASA will also be conducting the first ever flight on a foreign planet as the Perseverance joins the Curiosity Rover which landed in 2012. China are hoping to become the second country to ever land on Mars with the Tianwen-1 scheduled to land in May.

Touchdown confirmed. The #CountdownToMars is complete, but the mission is just beginning. pic.twitter.com/UvOyXQhhN9

I’m safe on Mars. Perseverance will get you anywhere.