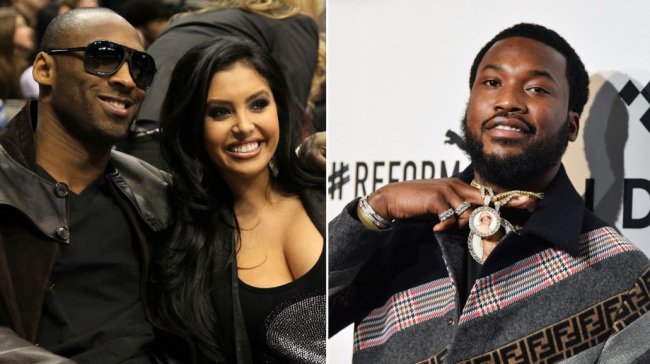 Vanessa, the wife of the late NBA superstar, took to her Instagram Story on Monday, with a sharp statement branding Meek as disrespectful.

“Dear @meekmill, I find this line to be extremely insensitive and disrespectful,” she wrote. “Period. I am not familiar with any of your music, but I believe you can do better than this. If you are a fan, fine, there’s a better way to show your admiration for my husband. This lacks respect and tact.”

After plenty of fan frenzy regarding the lyric and Vanessa’s comments, the rapper finally apologised, even if it wasn’t in the most professional way…

I apologized to her in private earlier today not to the public…Nothing I say on my page directed to a internet viral moment or the family of a grieving woman! If you care about someone grieving change the subject!

“This bitch I’m f—kin’ always tell me that she love but she ain’t ever showed me/ Yeah, and if I ever lack, I’m goin’ out with my chopper, it by another Kobe.” was Meek’s lyric which leaked last Wednesday.

The song is in the works just over a year after the helicopter crash which killed the Los Angeles Lakers legend and his  13-year-old daughter, Gianna among seven others on January 26th 2020.