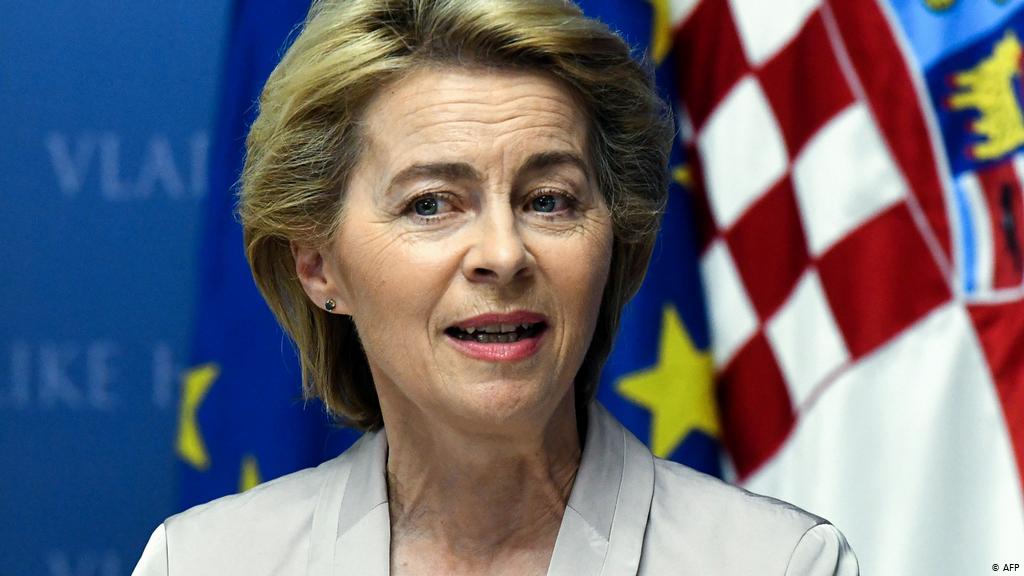 European Commission President Ursula von der Leyen is a “tanker” compared to a country on its own, the UK for example, in being a “speedboat” in the distribution of COVID vaccines.

There has been a significant slower rate in EU countries obtaining coronavirus jabs in acting as one compared to the UK, where one in five adults have now had their first vaccine dose.

Whilst admitting that the decision-making has been slower in acting as a bloc of 27 countries – rather than one – Ms von der Leyen has defended the EU’s togetherness.

Speaking to 10 European news organisations, the German politician is quoted by Politico via Sky News saying, “I’m aware that a country might be a speedboat and the EU more a tanker.

She added: “If we conclude a contract, we need another five days for the member states to say, ‘yes’ – and these are five days, five working days.

“So, obviously, of course a decision taken by 27 lasts longer than if you just go by yourself, but I am deeply convinced that the European approach is the right one.”

Pressure has intensified on Ms von der Leyen around the organisation of the EU bloc’s vaccination programme as Brussels has engaged in a bitter row with the drug-maker that helped develop the Oxford University vaccine, AstraZeneca.

Following on from the heated dispute, the EU had even threatened to revoke the Brexit agreement with the UK and the Irish backstop after AstraZeneca admitted that due to manufacturing issues, the initial estimated number of doses it would be able to provide the EU would be lower than first thought.

Ms von der Leyen described the process of the bloc’s vaccination programme as a “bitter learning” process in the interview.

“A start of vaccination does not mean a seamless flow of vaccine doses coming from the industry,” said the European Commission president, whose former role as Germany’s defence minister was marked by rows over her handling of public procurement.

“This is a bitter learning part, and this we certainly have underestimated.”

She added: “Had I known what difficulties we have now with the Schwankungen [fluctuations]… in the beginning period: Yes, we should have warned that this goes not seamless and smooth and in a straight upward movement at the very beginning.”

Ms von der Leyen has also backed her defence of the EU’s decision not to approve vaccines on an emergency basis. The Medicine and Healthcare Regulatory Agency (MHRA), the UK’s regulator, had done.

“With a new vaccine, you inject a biologically active substance in a healthy person,” she said.

“So that’s an enormous responsibility.”

The MHRA has previously said it “rigorously assessed the data in the shortest time possible, without compromising the thoroughness of our review”.

Dr Anthony Fauci, America’s chief immunologist, apologised for suggesting that the UK’s vaccine approval process was “less deep” than others.