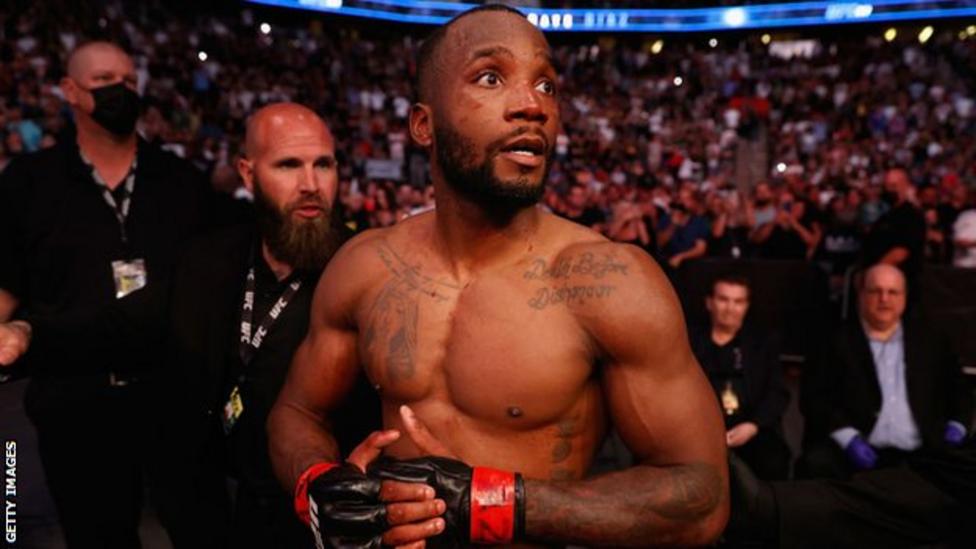 According to UFC president Dana White, Britain’s Leon Edwards is next in line to challenge champion Kamaru Usman for the welterweight belt.

Edwards, 30, is undefeated in ten fights and is ranked third in the world.

Top contender Colby Covington has agreed to face Jorge Masvidal in March after losing to Usman in November.

Asked if Edwards would be next to fight for the title, White told TSN: “100%. That kid’s had a rough run and he deserves it.”

For the previous two years, Edwards has been asking for a title opportunity, but Masvidal, Covington, and Gilbert Burns have all had opportunities before him.

White said: “If you look at it, Colby lost to [Usman] twice, Gilbert lost. Leon’s next. He’s number three.”

Masvidal and Covington are scheduled to fight at UFC 272, an agreement which paved the way for Edwards to take on Usman in a rematch. Edwards lost to Usman in 2015.

White said Edwards was one of the few fighters prepared to face rising star Khamzat Chimaev.

They were booked to fight in January 2020 before Chimaev contracted Covid-19.

“We were in a matchmaking meeting on Tuesday and I’m always saying nobody wants to fight [Chimaev],” said White.

“Leon Edwards signed the bout agreement to fight him and I think he was ranked number three at the time.

“I just wanted to make that clear publicly, he absolutely stepped up to fight him. Signed the bout agreement. I never gave the kid credit for that.”