Turkish Lake could be the key to Mars surface on Earth 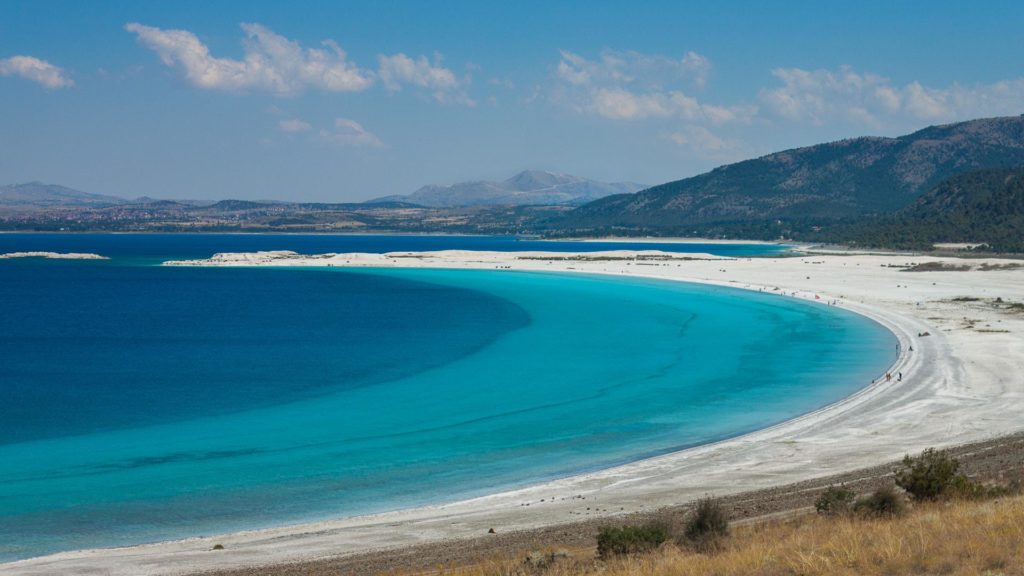 After NASA’s Perseverance Rover landed on Mars in February, Lake Salda is proving to be a focal point of scientist’s operations.

Similar minerals and rock deposits from the distant planet appear to be linked to the information that has been found in the southwestern Turkish lake.

This research will aid scientists who are searching for fossilised traces of microbial residue which is believed to have been set around the delta and evaporated lake it once fed.

NASA’s associate administrator for science, Thomas Zurbuchen, spoke to Reuters saying, “Salda … will serve as a powerful analogue in which we can learn and interrogate,”

Two years ago, Turkish and American planetary scientists both researched the shorelines of Lake Salda, also known as “Turkey’s Maldives” due to its azure water and white shores.

According to scientists, the sediments bordering the lake eroded from large mounts, in a contributing factor from microbes and are known as microbialites.

The query from the team monitoring the Perseverance rover is whether microbialites also exist in the Jezero Crater.

The carbonate minerals discovered on the margins of the crater will be compared with the beach sediments from Salda.

“When we find something at Perseverance we can go back to look at Lake Salda to really look at both processes, (looking at) similarities but equally importantly differences that are really between Perseverance and Lake Salda,” Zurbuchen said as quoted by Reuters.

“So we are really glad we have that lake, just because I think it will be with us for a long time”.

Two long-term robotic missions to be conducted in 2031, will see rock drilled from Martian soil are to be conserved on the surface for eventual retrieval before being dispatched to Earth.