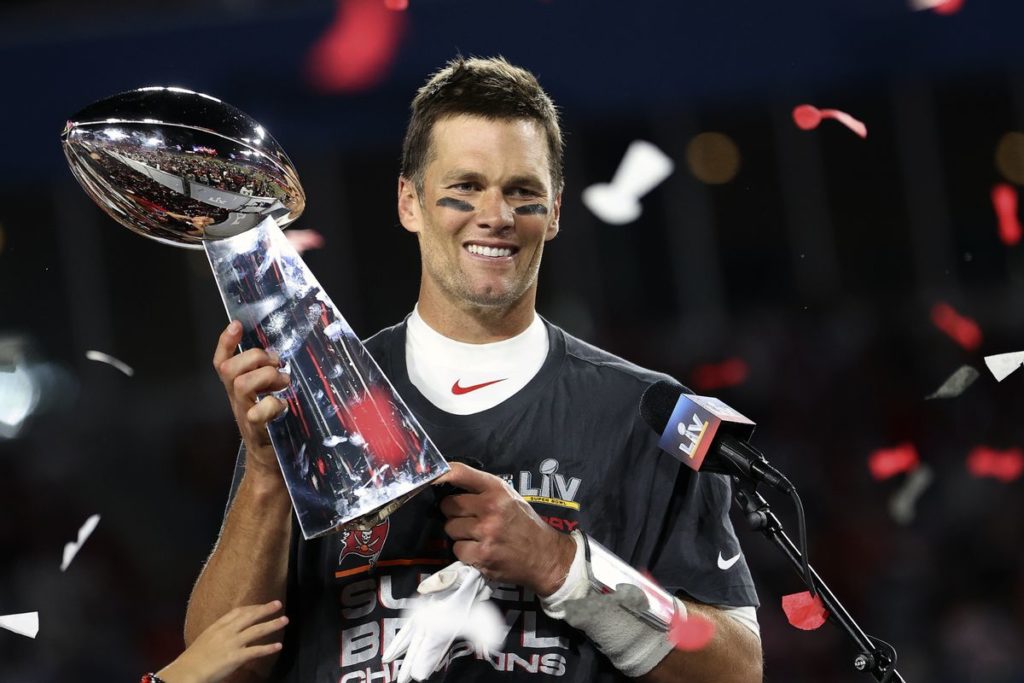 Tom Brady lived up to his ‘GOAT’ title in earning his seventh Super Bowl ring, extending his record-breaking achievement, as the Tampa Bay Buccaneers breezed past defending champions Kansas City Chiefs in a 31-9 rout.

43-year-old Brady and Rob Gronkowski continued their unstoppable partnership that was first established at the New England Patriots and has grown stronger at the Buccaneers, who the pair only signed for just over 10 months ago.

Both combined for two touchdowns, surpassing Joe Montana and Jerry Rice for the most scores by a duo in playoff history (14) and Super Bowl history (five).

Brady broke more accolades in becoming Super Bowl MVP for the fifth time, helping Tampa Bay, who were playing on home soil at Raymond James Stadium on Sunday night, pick up their second Vince Lombardi Trophy since their first feat in 2002.

It simply wasn’t to be for the Kansas City Chiefs, particularly quarterback Patrick Mahomes, who was clearly feeling the affects of a toe injury suffered in the Divisional Round win over the Cleveland Browns, taking numerous hits from the opposition.

This was also Mahomes’s first loss by more than 14 points in his 51 career NFL starts as the Chiefs failed in their pursuit of becoming the first team to win back-to-back Super Bowl titles since Brady’s Patriots in 2003 and 2004.