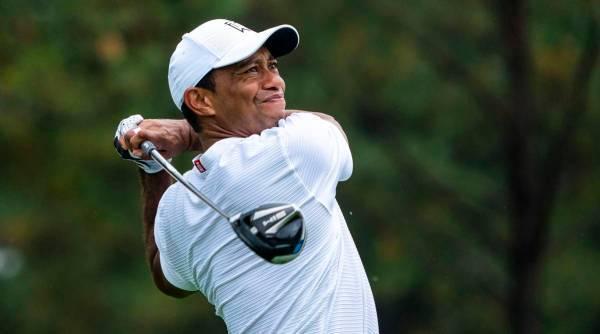 After leaving hospital three weeks since his serious car crash in California last month, Tiger Woods says he is happy to be back home as he continues his recovery.

Following on from a single-vehicle accident in Los Angeles on February 23rd, Woods has undergone operations to open fractures on his lower right leg and injuries to his foot and ankle.

Woods was pulled out of the vehicle’s windshield by emergency services in the crash that happened just after 7am local time as the 15-time major champion had been en route to a publicity session at Rolling Hills Country Club.

The 45-year-old’s vehicle hit a median strip and rolled before resting on its side near a steep road which police say is a common place for crashes to happen.

Woods endured multiple fractures to his right tibia and fibula – including having a rod inserted in the former – with further screws and pins inserted into bones in his foot and ankle.

Woods said that it was “touching” to see tributes from his colleagues wearing red shirts for the final round of the WGC-Workday Championship on the PGA Tour just days after the crash.