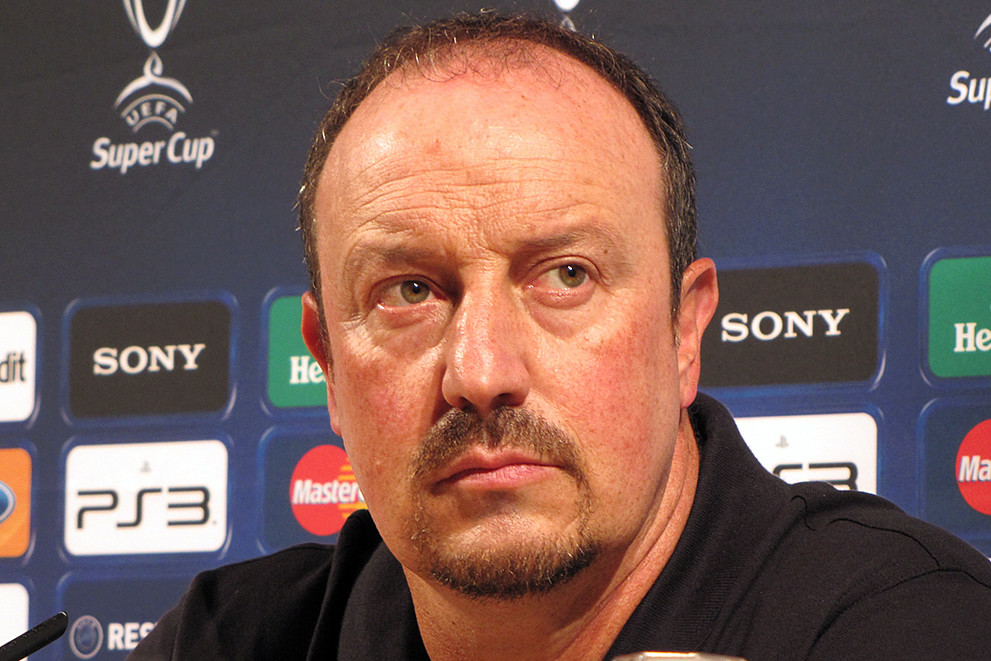 Merseyside Police are currently investigating a threatening banner placed outside Rafael Benitez’s home in the area after reports that the former Liverpool boss will become Everton’s new manager.

Images of the banner were circulating across social media on Monday, which reads ‘We know where you live, don’t sign’. This was allegedly hung up outside the Spaniard’s property in Wirral – where his family have been living since his spell at Anfield.

A Merseyside Police statement read as quoted by Sky Sports: “We can confirm police are investigating reports of a threatening banner at a location in Caldy today, Monday 28 June.

“At around 7am, it was reported that a banner made from bed sheets had been placed over a wall and bushes on a residential driveway, with wording which is thought to target football manager Rafa Benitez.

“If anyone has information about who produced the banner or helped to put it up, please let us know as soon as possible.”

This banner is online. It has been posted not far from where Rafa Benitez lives with his wife and his daughters. It’s sinister, it’s reprehensible and the people responsible for it should be ashamed. They are a disgrace. pic.twitter.com/6prhZt16vX

Detective Inspector Darren Taylor added: “This message has understandably caused some distress and worry for residents in the area. Due to the football language used, we suspect that it was aimed at Rafa Benitez – but whoever placed the message left it outside the wrong house.”

There are mixed feelings from Everton supporters with the news that their club is set to appoint Benitez. The 61-year-old will become the Toffees’ fifth permanent manager in as many years, replacing Carlo Ancelotti who returned to Real Madrid earlier this month.