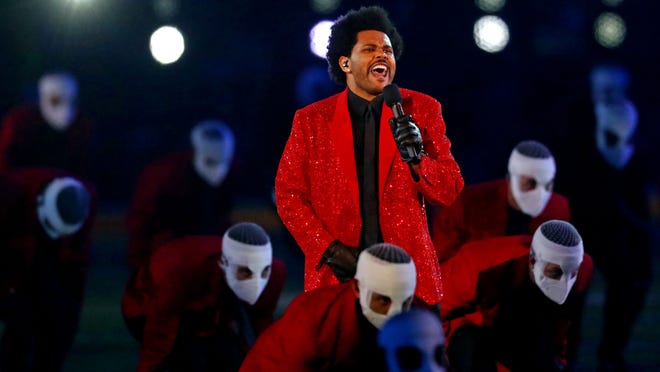 According to MRC Data via Billboard, The Weeknd’s streams have significantly increased in the U.S by 41%.

48.9 million on-demand streams were generated through video and audio platforms across The Weeknd’s entire catalogue of songs between February 7th-February 8th, compared to the 34.5 million calculated on Feb 5th-Feb 6th.

“Blinding Lights” the hit the Canadian R&B star finished with at the Super Bowl Halftime show, soared up 42% to the 6.54 million figure as The Weeknd’s most-streamed tune.

“Save Your Tears” also proved to be a popular hit since the performance, rising up 23% to 6.19 million. Both songs combined for 26% of the artist’s total streams on Feb 7th-Feb 8th.

All nine songs featured at the show below collectively received 23.8 million streams on Feb 7th-Feb 8th, a 51% increase from the 15.77 million tally on Feb 5th-Feb 6th:

If The Weeknd’s songs are this popular in the States, imagine what these figures must be looking like globally!