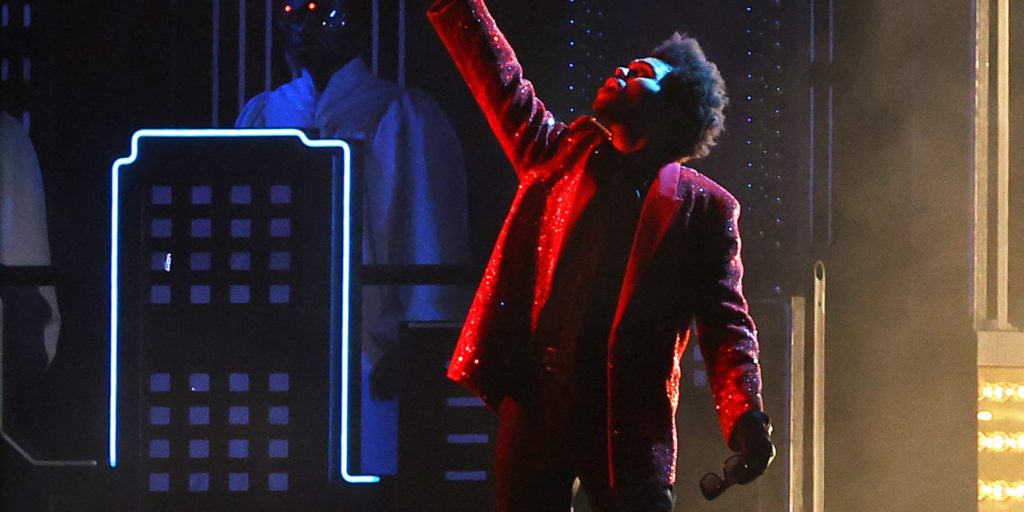 At the Raymond James Stadium in Florida on Sunday night, The Weeknd complied with strict coronavirus protocols to put on a 14-minute show (see full video above) which was mostly performed from the stands rather than the field.

The 30-year-old was dancing and singing around a model city of Fritz Lang’s Metropolis – with numerous neon signs and all vertical layers in the background.

The Weeknd played several hits including Starboy, The Hills, Can’t Feel My Face, I Feel It Coming and a medley of House of Balloons and Blinding Lights, with the assistance of fireworks lighting up the spectacle.

According to the BBC, The Weeknd spent $7m [5.82m] of his own money on the production which has turned out to be a true success.