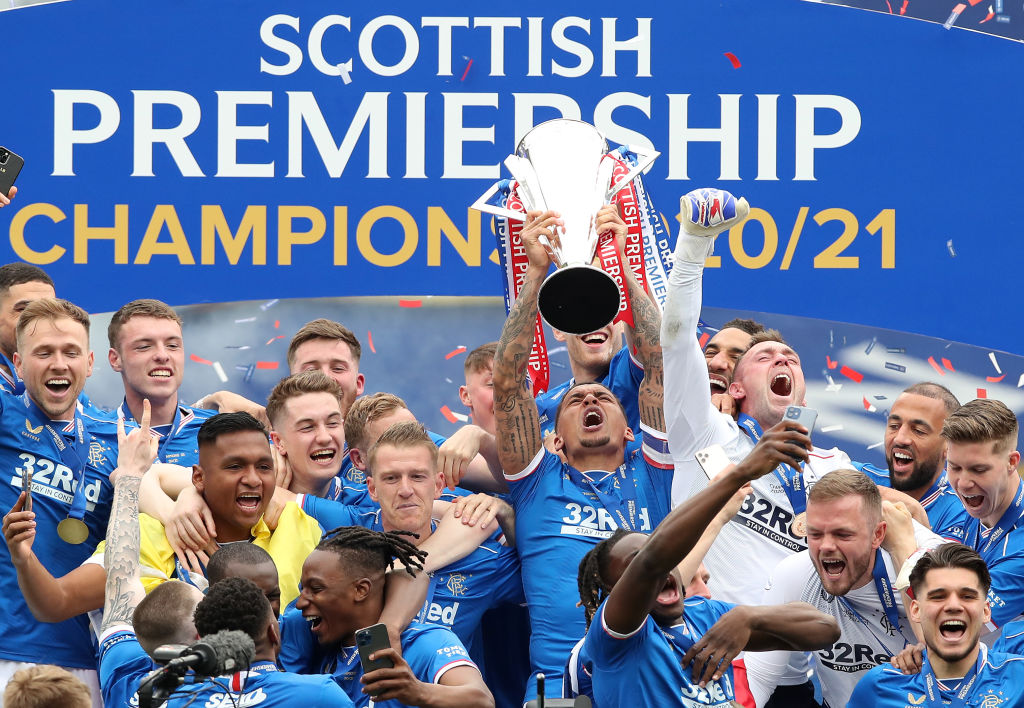 Steven Gerrard has managed Rangers to an unbeaten season as the Scottish champions ended their Premiership season in style, defeating Aberdeen 4-0 at Ibrox.

Rangers lifted the title for the 55th time at the end of Saturday’s match as Gerrard’s side became the first to go unbeaten in Scotland since Brendan Rodgers’ Celtic in 2016-17.

Not only did Rangers break the 100-point barrier, the Glasgow side also beat their local rivals’ record of less goals conceded – 13.

Gerrard will now be preparing his champions for the third qualifying round of the Champions League starting in August.