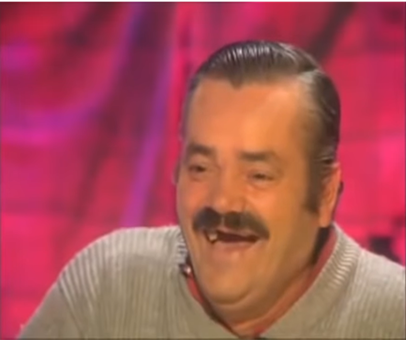 Comedian Juan Joya Borja, better known as El Ristas and the man behind the iconic “Spanish laughing guy” meme has passed away aged 65.

After appearing on national television, Borja was trending all over social media in 2014 with users putting subtitles over his infamous laugh where he was recalling a story.

According to ABC Seville via BBC, Borja died from a “sudden relapse” on Wednesday afternoon at the Virgen de Rocio University Hospital. He was initially diagnosed with health issues last year.

This included one of Borja’s legs being amputated, which saw supporters organise a fundraiser to purchase an electric mobility scooter for him.

Thank you El Ristas for your laughter: