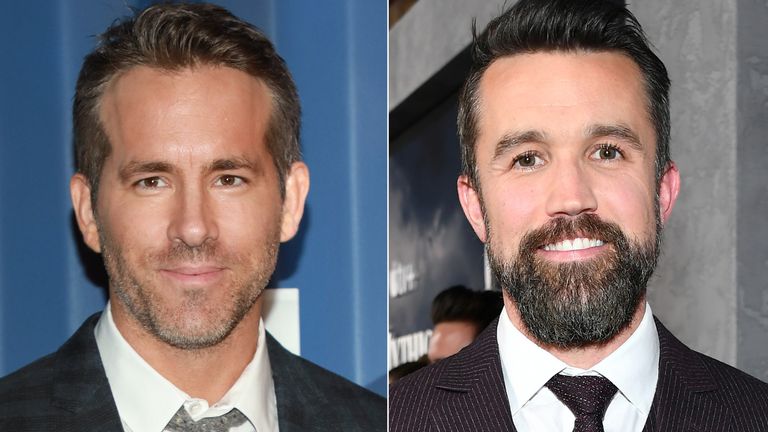 Film stars Ryan Reynolds and Rob McElhenney have completed their takeover of non-league Welsh club Wrexham, investing £2m into the club as part of the deal.

Wrexham, who for 10 years have been a fan-owned club through the Wrexham Supporters Trust (WST), approved the bid in November that sees the Hollywood duo take 100% control of the club.

“First-team player identification will be a priority” the WST announced as the new owners’ investment will be made available to the club immediately. Wrexham will also be looking to enhance the women’s programme, community projects and stadium reworks at their Racehorse Ground home.

As quoted by Sky News, Reynolds and McElhenney issued the following statement: “It is a special day for the two of us to become the latest stewards in the long and storied history of Wrexham AFC.

“Together with the players, the staff, the fans and the local community, we can now pursue our goal to grow the team and return it to the EFL in front of increased attendances, and in an improved stadium, while making a positive difference to the wider community in Wrexham.

“Wrexham AFC is only in a position to thrive because of the incredible efforts of the Wrexham Supporters Trust. Their members are a fitting reflection of the integrity and spirit of the town and they will always have an important role at the club.”

When the WST were approached by an intermediary about a possible takeover, the trust was initially sceptical about a deal being made. However, members swiftly became convinced when learning that it was Reynolds and McElhenney that were interested.

A statement read: “The Wrexham Supporters Trust Board is pleased to announce the completion of the sale of Wrexham AFC to RR McReynolds LLC.

“Wrexham Supporters Trust now enters a new chapter, with thought required on the direction we take.

“We urge all supporters to unite behind our new owners, the club and the team as they look to return Wrexham to the heights we have all dreamed of.”

The owners are well-documented for their humour as both announced the deal on their Twitter accounts, Reynolds changing his first name to Wryan, McElhenney changing his to Wrob.

The @Wrexham_AFC handover is complete! We’re toasting with a limited-edition bottle of @AviationGin and I am rebranding as Wrob. Both of which I am apparently legally obligated to do as I’ve been informed Ryan now owns my life rights. My lawyer is currently looking into it. pic.twitter.com/f4fdpJtlIq

“Explore the renovation of the Racecourse Ground.

Wrexham fans will not only be delighted with this new announcement but also as confirmation of the takeover was released shortly after their side defeated Altrincham 2-1 in the National League, moving up to seventh in the fifth tier of English football.