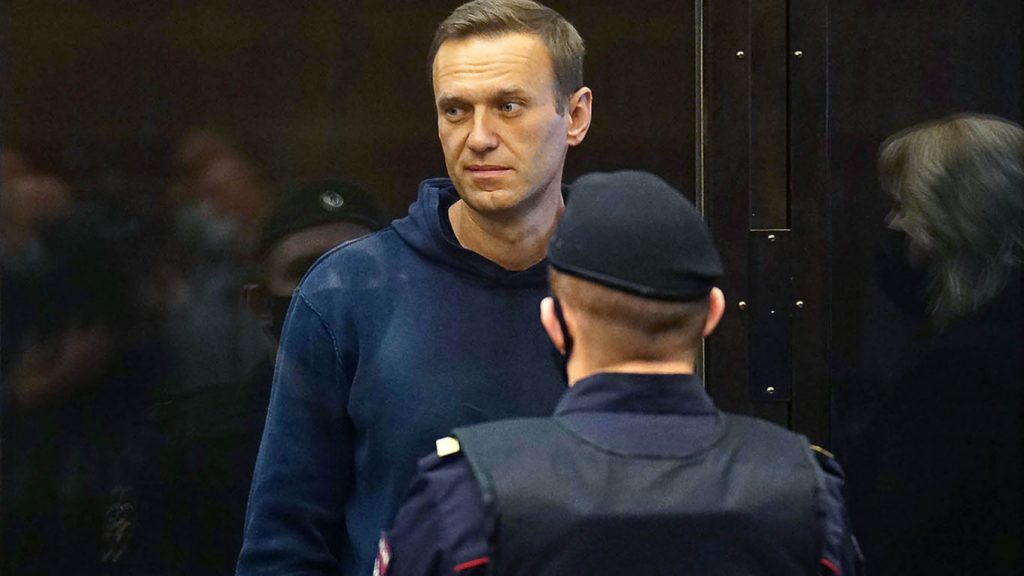 Russian Opposition Leader Alexey Navalny was sent to two and a half years in prison by a Moscow court on Tuesday, causing protests across the country. The Kremlin critic, who described President Vladimir Putin as “Putin the poisoner,” derided claims that he broke his parole conditions during his rehabilitation in recovering from poisoning. Navalny was detained two weeks ago in Moscow since returning from Berlin where he had spent several months, recuperating from the Novichok nerve agent, blaming Putin and Russia’s security services. Navalny had violated his probation terms from a 2014 case while he was in Germany in which he had received a suspended sentence of three and a half years, the court ruled on Tuesday. This recently announced jail term now replaces the suspended sentence as the judge considered the 11 months of house arrest that Navalny had spent as part of the decision. Navalny’s lawyer, Olga Mikhailova, announced outside the courthouse that her client would appeal the verdict which she said he took the verdict “bravely as usual.” There has been reaction following the verdict from abroad including the US, UK, Germany and France issuing statements that support Navalny, with America’s Security of State Tony Blinken calling on the Russian government to “immediately and unconditionally release” the Opposition Leader. Navalny’s supporters took to the streets in their masses on Tuesday night, particularly in central Moscow with the authorities showing force against the protestors calling for his release as riot police forced individuals into waiting buses. According to OVD-Info, an independent monitoring organisation, more than 1,000 people have been detained across Russia. Navalny’s team thanked supporters, urging them to go home in a message posted on Telegram. “Putin failed to kill Alexey Navalny – and therefore decided to put him in jail for 2 years and 8 months. We will never tolerate a government that kills opponents and imprisons innocent people,” it read. “We will definitely take to the streets of the city again. For now just get carefully to the nearest metro station.” Navalny drew a heart on the glass box he was confined in for his wife, Yulia Navalnaya, who was in the court room as the judge read out the lengthy verdict. The 44-year-old had slammed allegations that parole officers should have been better informed of his whereabouts – the judge had to tell Navalny to stop speaking repeatedly. “Why are you sitting here and telling the court you didn’t know where I was? I fell into a coma, then I was in the ICU, then in rehabilitation,” Navalny responded to the prison service representative when asked why documents weren’t provided that explained his absence from inspections. “I contacted my lawyer to send you a notice. You had the address, my contact details. What else could I have done to inform you?” he said.

Riot cops have cornered a group of people and are waiting for a police bus to take them away. #Russia #Navalny #CNN pic.twitter.com/qHBTzjrwzg

Navalny’s defence lawyers had argued that the prison service had received notice of his whereabouts from him in early December. His lawyers also issued a letter from Berlin’s Charite Clinic showing that he was recovering up until his return to Russia.

“The President of our country said live on air he let me go to get treatment in Germany and you didn’t know that too?” Navalny also said. Putin had said that he personally “gave the order” to let the Opposition Leader be medically evacuated to Germany in his address.

Navalny had also described Putin as “a little thieving man in his bunker” who “doesn’t want me to set foot on the ground in Russia” in a separate outburst.

“The reason for this is the hatred and fear of one person who is hiding in the bunker. I’ve offended him so deeply by the fact that I’ve survived,” Navalny charged.

When a prosecutor tried to object, Navalny snapped back: “I don’t need your objections.”

“He can pretend he is this big politician, the world leader, but now my main offense to him is that he will go down in history as Putin the Poisoner. There was Alexander the Liberator and Yaroslav the Wise, and there will be Vladimir the Poisoner of Underpants,” Navalny added.

“He is not engaging in geopolitics, he holds meetings on how to smear underwear with chemical weapons.”

Kremlin spokesman Dmitry Peskov said that Putin would be meeting with “teachers who are teaching the future generation of Russia.” as quoted by CNN, with no plans to follow Navalny’s hearing on Tuesday.

Kremlin has repeatedly denied involvement in the nerve agent attack on Navalny, who fell ill from exposure to Novichok during a trip to Siberia in August.

A CNN-Bellingcat investigation in December implicated the Russian Security Service (FSB) in Navalny’s poisoning, concluding that an elite unit at the agency trailed the activist and his team for years, including on the Siberia trip.

Navalny deceived one of the agents into revealing that he was poisoned with the Novichok applied to his underwear.

Putin didn’t dispute any details in the findings whilst stating in December that the FSB would have “finished the job” if they wanted to kill Navalny.

This is the first time Navalny has been issued with a lengthy sentence having previously been arrested and detained. The ruling on Tuesday referred to the 2014 case, where he and his brother Oleg were convicted of embezzling about $500,000 [€416,000] from two Russian firms between 2008 and 2012. The brothers were sentenced to three-and-a-half years in prison, but Alexey’s sentence was suspended.

Russian law rules that convicted criminals cannot run for political office as Navalny has insisted the case is politically motivated. In 2017, the European Court of Human Rights ruled that Russian courts handed down “arbitrary and manifestly unreasonable” decisions in the case, stating that the brothers were unfairly convicted.

Navalny’s key allies and family members have even been put under house arrest, including Yulia Navalnaya, who has since been arrested twice having returned to Moscow with her husband.

“Yulia, they show you on TV and keep talking about your radical behavior. Such a bad girl, I’m proud of you,” Navalny said shortly before his hearing began.

CNN’s correspondents had also seen police detaining dozens of people before the case began outside the courthouse. Throughout Tuesday, cars honked in solidarity and marching protesters booed police cars as they drove by.

Navalny’s allies are already calling on more rounds of nationwide demonstrations this weekend.