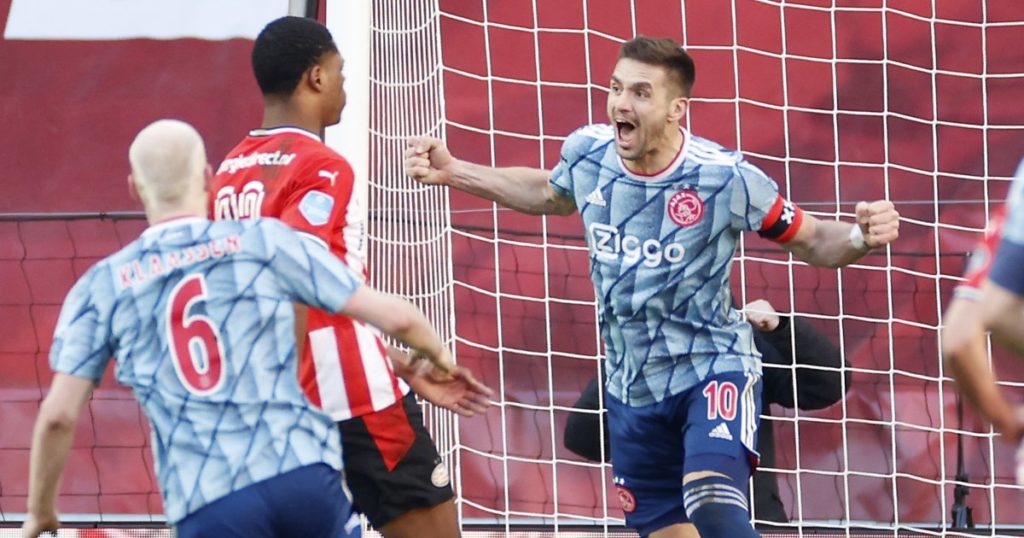 After Ajax midfielder Dusan Tadic had a coin thrown at his head by a PSV Eindhoven fan outside the Philips Stadion, the club have said in a statement that they “regret the incident” which “is not what PSV stands for”.

Tadic was targeted post-match when boarding the team bus after scoring a crucial injury-time penalty before celebrating the equaliser in front of PSV defender Denzel Dumfries.

Three people have been arrested in connection with the incident as PSV stated that security and stewards at the stadium have communicated closely with police to identify those that were arrested.

“It does not fit the values of the club,” PSV added in a statement as quoted by BBC.

“PSV will of course always keep in touch with various parties to guarantee the safety of visitors and players to the stadium.”

The investigation didn’t start straight away as an official complaint had yet to be registered, Dutch’s football governing body KNVB told BBC Sport, where they had been aware of video footage of the situation.

Tadic had cheered the last-minute penalty, which sees Ajax remain six points at the top of Eredivisie, in front of Dumfries, who had conceded the spot kick with a handball. The pair were also seen arguing after the match.

Dumfries had said that Tadic “insulted his mother” in a verbal confrontation while the Serb told reporters that his leadership had been questioned.