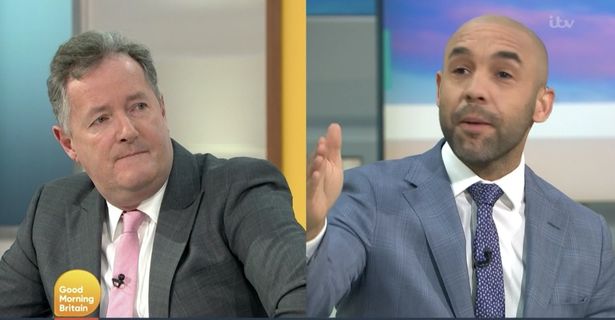 Piers Morgan is back in the headlines again for the wrong reasons as the former newspaper editor and controversial TV presenter stormed off the set of Good Morning Britain before permanently leaving the role.

The show’s weatherman Alex Beresford had got into a heated debate with Morgan during the British breakfast show over the row concerning Prince Harry and Meghan Markle’s interview with Oprah Winfrey.

ITV announced that the show had received 41,000 complaints as per the BBC who quoted a spokesperson from the broadcaster saying, “Following discussions with ITV, Piers Morgan has decided now is the time to leave Good Morning Britain. ITV has accepted this decision and has nothing further to add.”

Although Morgan did return to the production after 10 minutes where he refused to listen to Beresford’s claims that he had “continued to trash” the Duchess, the 55-year-old confirmed his resignation on Tuesday evening.