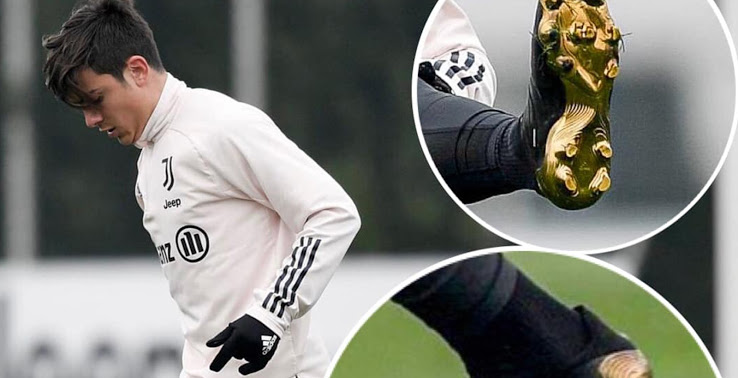 Paulo Dybala turned up to Juventus training in style, lacing up the soon-to-be-released 2021 adidas Copa+ boots, with an early glimpse at the expected launch colourway of the newly reworked silo.

To kick off the new year, adidas had initially launched the ‘Superlative Pack’ as the all-new Predator Freak was the main attraction with the COPA absent from the pack. Dybala had previously worn a blacked-out prototype of the boots in October, Atletico Madrid’s Joao Felix followed suit in November, but there has been a change to the features since…

Last month, Torino defender Nicolas Nkoulou had been seen playing in a similarly blacked out boot in a 2-0 loss to AC Milan, with a hint of gold sparkling through the soleplate. These circulating images of Dybala confirm that this colourway is set to be at the heart of the launch of the next-gen COPA, which will surely be available for release soon.