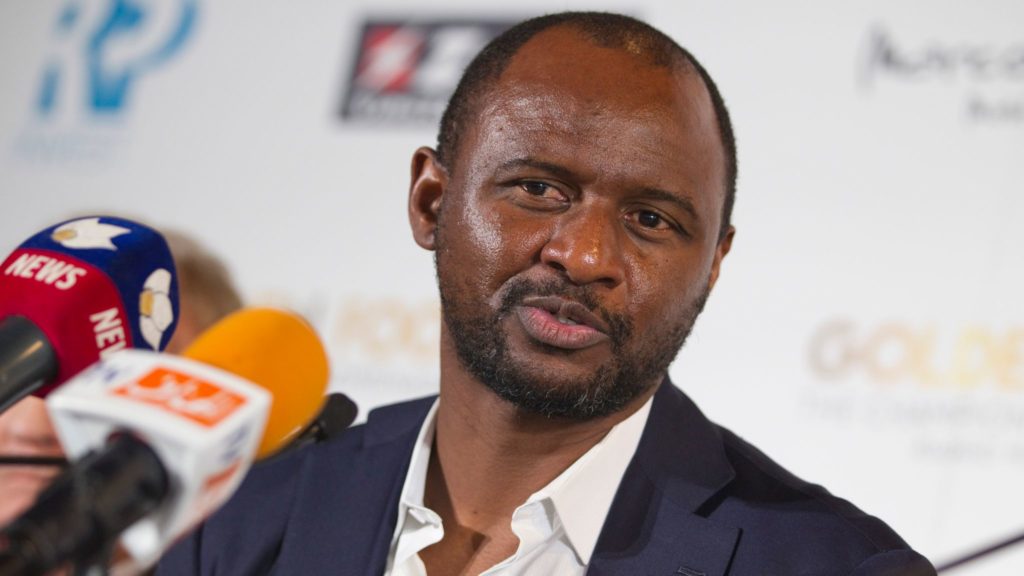 Patrick Vieira has agreed to become the new Crystal Palace manager as the club expect the appointment to go through.

It’s been a draining process for the Premier League side in hiring Roy Hodgson’s successor as the club are determined to have a new manager in place by next Monday as players will return to pre-season training.

As reported by Sky Sports, former Borussia Dortmund boss Lucien Favre decided on a U-Turn in moving to south London while there has been an extensive list of names linked with the job. Talks with Nuno Espirito Santos had also broken down.

It appears that it’s now Vieira who is the front-runner to take the helm at Selhurst Park. Vieira’s last spell in management was with Ligue 1 outfit Nice, joining the French side in the summer of 2018 before being sacked last December after five successive defeats in all competitions.

World Cup winner Vieira has enjoyed plenty of success in England as a player, winning three Premier Leagues and four FA Cups with Arsenal. The Frenchman later joined Manchester City before becoming a coach there until he was appointed as New York City’s manager in a two-and-a-half years tenure.