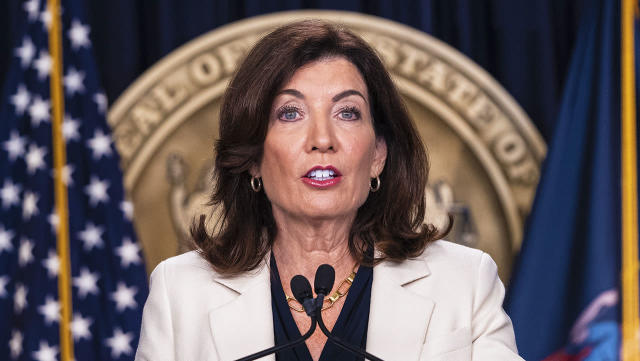 State Governor Kathy Hochu declared a state of emergency on Friday due to the poliovirus outbreak. After the virus was found in wastewater samples taken from five different areas—Rockland County, Orange County, Sullivan County, New York City, and most recently, Nassau County—she made the announcement.

The declaration expands who can administer polio vaccinations throughout the state, especially in regions where immunization rates have fallen, to include nurses, midwives, paramedics, and pharmacists. In order to assist the state Department of Health, it also calls for healthcare providers to give immunization data. ,

“On polio, we simply cannot roll the dice,” New York Health Commissioner Dr. Mary Bassett said. “I urge New Yorkers to not accept any risk at all. Polio immunization is safe and effective — protecting nearly all people against disease who receive the recommended doses.”

State health officials want to see a 90 percent vaccination rate across the board, according to CNBC. Currently, the rates are 60% in Rockland, 58% in Orange, 62% in Sullivan, and 79% in Nassau. Each kid should receive four doses of the polio vaccine, according to the department: the first between the ages of 6 weeks and 2 months; the second at 4 months; the third at 6-18 months; and the fourth between the ages of 4 and 6. People who were exposed to toxic wastewater at work “can consider a booster.”

About 1 in 100 polio infections, according to the Centers for Disease Control and Prevention, will cause serious illness, including potentially deadly paralysis.