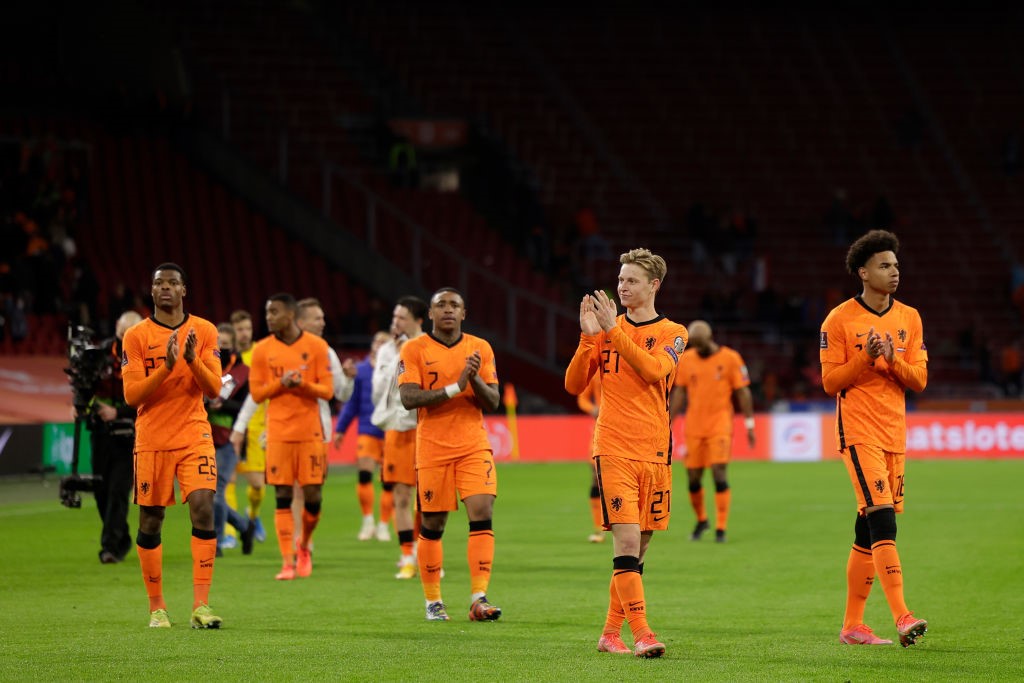 The Netherlands bounced back from a defeat away to Turkey with a 2-0 victory against Latvia, in front of 5,000 fans at the Johan Cruyff Arena in Amsterdam on Saturday.

History was made by Stephanie Frappart, who became the first woman to referee a men’s World Cup qualifier as Steven Berghuis and Luuk De Jong’s strikes separated the two sides.

It was a dominant performance from Frank de Boer’s men, who created 37 chances on top of 77% possession as Latvia struggled to keep up with the host’s intensity.

Before kick-off, the Dutch team wore black T-shirts with a message reading “football supports change,” referring to the backing of human rights after reports of terrible work conditions for migrant workers in Qatar. This came after Norway and Germany displayed a similar stand.

It was an important win for Netherlands who are now third in Group G, three points behind both Turkey and Montenegro, who have won their opening two games of the European qualifiers for the 2022 World Cup, hosted in Qatar.