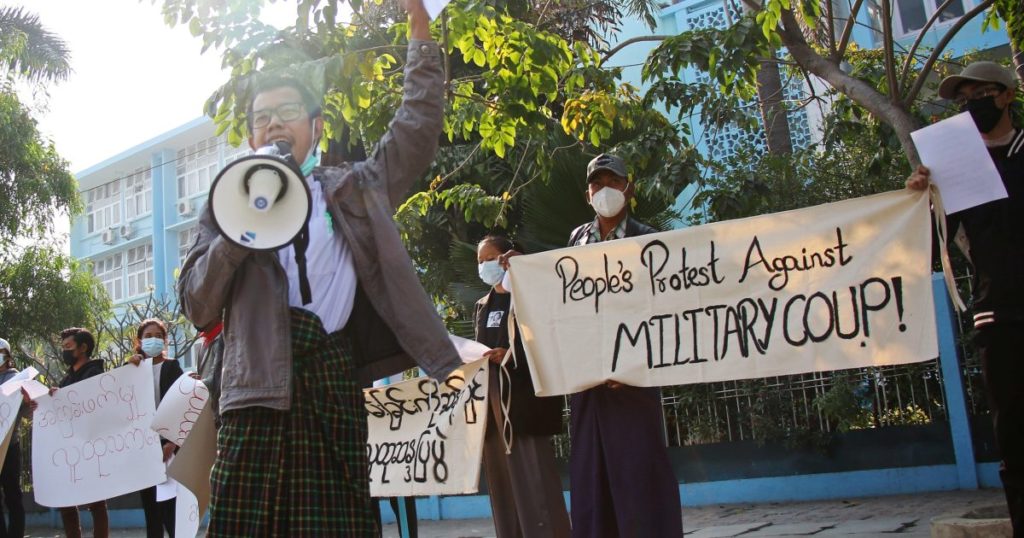 Myanmar’s government has denied access to Facebook in the country until Sunday as users vented their frustration on the popular social network in protesting this week’s military coup.

The Wall Street Journal received a statement from Facebook, announcing that the country’s telecom providers had been ordered to block its services.

“We urge authorities to restore connectivity so that people in Myanmar can communicate with family and friends and access important information.”

After Myanmar’s military ousted elected leader, Aung San Suu Kyi, detaining her along with other members of her party, users protested the coup on Facebook, where administrators blocked access.

According to the WSJ via The Verge, photos circulated of Facebook users banging pots and pans and expressing a three-fingered salute – a gesture that’s become a sign of resistance in the region.

It was confirmed to Nikkei by telecoms provider Telenor that they would obey the government’s orders, declaring that it has “decided to comply with the directive, while expressing grave concerns regarding breach of human rights.”

The WSJ also reported that NetBlocks, an internet monitoring organisation, confirmed the applications as well as Facebook, including Messenger, WhatsApp and Instagram, are now all unavailable via the state-owned Myanmar Posts and Telecommunications’ network.

As is for several countries around the world, Facebook plays a pivotal part of Myanmar’s internet ecosystem, a report from 2018 states that “for the majority of Myanmar’s 20 million internet-connected citizens, Facebook is the internet.”

Messenger is also the primary communications channel for most of the country’s citizens as noted by Nikkei. Around half of the country’s population is signed up to Facebook, placing further significance on this decision to block the service.

Facebook had admitted in 2018 that their efforts were falling short “to help prevent our platform from being used to foment division and incite offline violence,” in response to critics who targeted Facebook and their role in genocidal violence in the country as the relationship between Myanmar’s internet and the social network has created problems.

Facebook continued to add that it was investing in “people, technology and partnerships to examine and address the abuse of Facebook in Myanmar.”