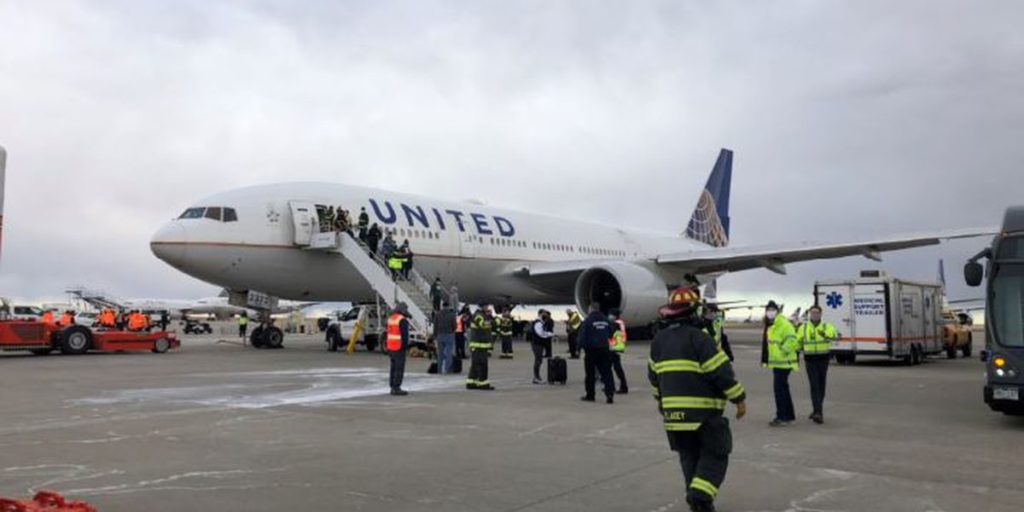 The National Transportation Safety Board are currently investigating the situation as plane debris landed on residents’ properties in Colorado as they stated that the plane’s number 2 engine developed fractures.

“Immediate or stepped-up inspections of Boeing 777 airplanes equipped with certain Pratt & Whitney PW4000 engines” has been raised by the Federal Aviation Administration where direction for emergency airworthiness is now put in place. The administration explained that this means this specific aircraft will no longer be used during further investigation.

According to The Wall Street Journal via The Verge, Boeing has also told airlines to halt flying planes equipped with the engine.

Flight 328 @united engine caught fire. my parents are on this flight 🙃🙃 everyone’s okay though! pic.twitter.com/cBt82nIkqb

“We reviewed all available safety data following yesterday’s incident,” FAA administrator Steve Dickson said in a statement. “Based on the initial information, we concluded that the inspection interval should be stepped up for the hollow fan blades that are unique to this model of engine, used solely on Boeing 777 airplanes.”

United Airlines has revealed 24 of their Boeing 777 aircrafts that use the 4000-series Pratt & Whitney engine will be voluntarily grounded, expecting “only a small number of customers to be inconvenienced.”

Thankfully, there were no casualties from AA flight 328 which was boarding for Honolulu before being safely returned to Denver.