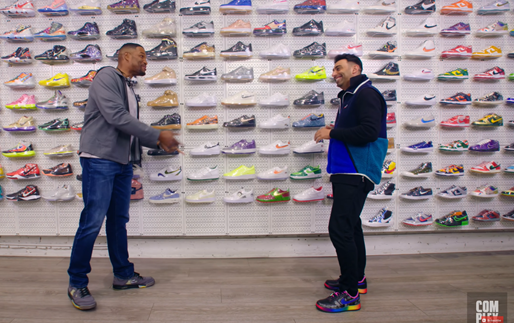 Strahan talks about how he acquired the original Jordan 1s in 1985 when he had been based in Germany at the time. The U.S TV personality also spoke about his time in the front row of Kanye West’s Yeezy Season fashion show as well as his April Fools prank in getting his teeth fixed which went viral.

Hit play on the video above to watch this latest full episode of Sneaker Shopping with Complex.