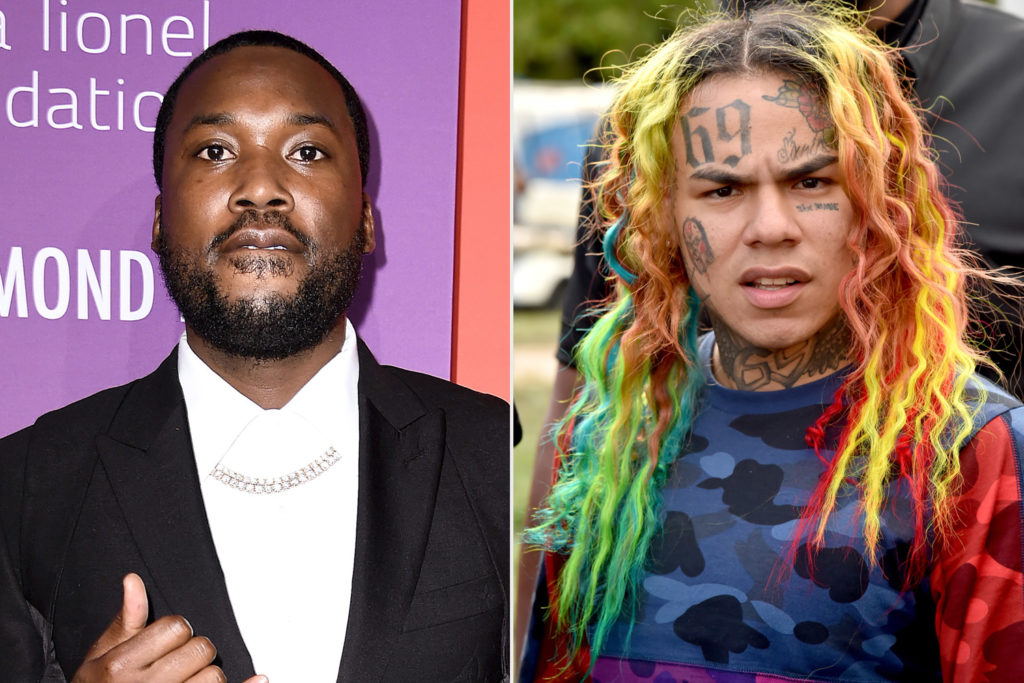 Footage of the clash was instantly posted by both rappers as 6ix9ine insulted Meek for having police present during the argument.

Meek and his security team came to blows with the Brookylyn-based artist attacking from behind whilst filming the confrontation on his phone.

The Philly rapper claimed that he had spat at 6ix9ine before filming having shared a post of his own on social media.

“The feds sent him to take me out wtf,” Meek said on IG. “[I] had to spit on him so he retreated lol he really waited outside the club for me. I thought I was dreaming wtf we almost smoked him lol he posed a lil threat popping up in the parking lot waiting for me.”