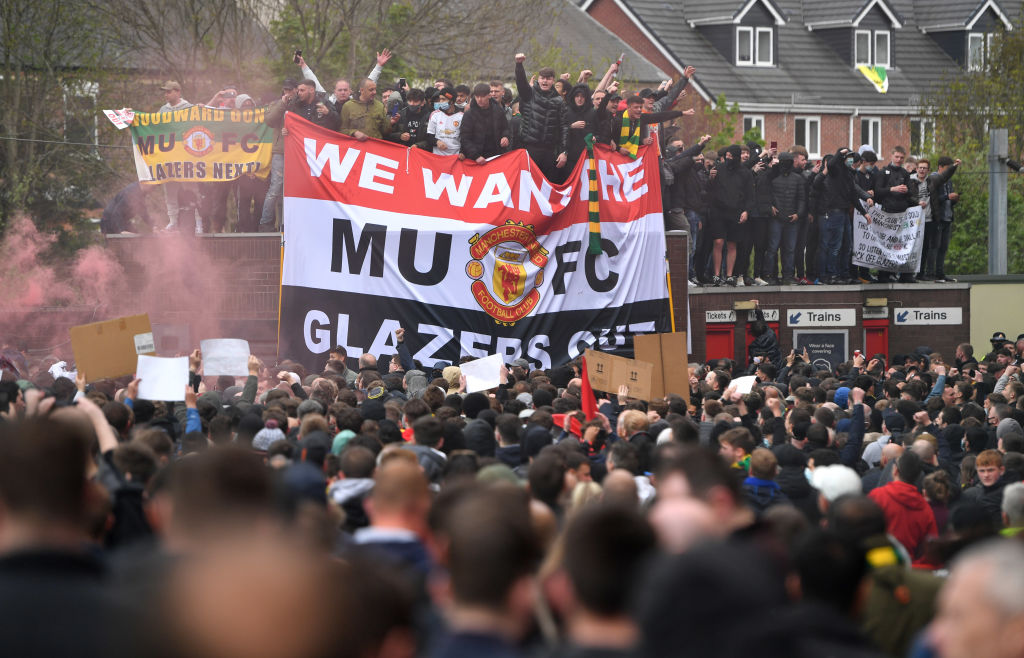 Manchester United fans have broken onto the Old Trafford pitch to voice their frustration towards the Glazer family’s ownership of the club in the build-up to Sunday’s Premier League match against Liverpool.

As shown on Sky Sports during a live broadcast, hundreds of home supporters navigated their way onto the field with the match taking place behind-closed-doors.

Man United fans are also outside The Lowry Hotel where the first-team are based before the game against Liverpool. It’s expected that around 10,000 fans will congregate around the Old Trafford premises.

BREAKING: Angry Manchester United fans are staging a protest against the club’s owners after getting inside their Old Trafford stadium.

United fans have remained at the hotel while match official Michael Oliver has been denied access to the stadium due to the protests.

As it stands, the Premier League have no intentions to postpone or abandon the game although this could have at any given time. Man United have long shown their anger towards the Glazer family since their arrival in 2005.

This anger from supporters has increased after the recent proposals of a European Super League – a breakaway competition that the club were one of the founding members of.