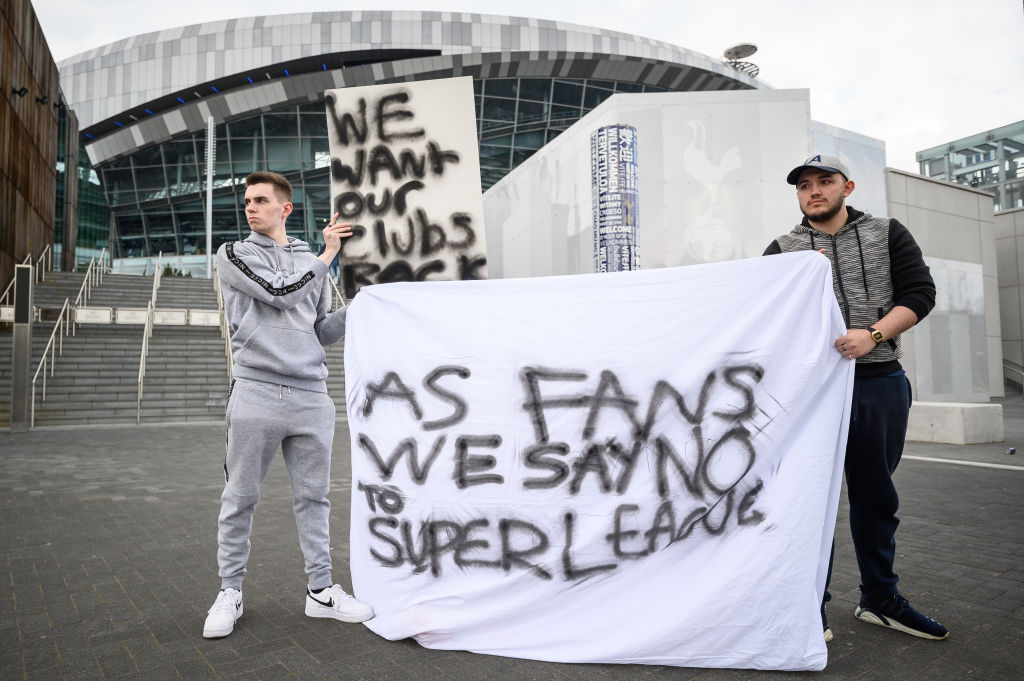 Manchester United and Tottenham Hotspur fans have joined protests against the Super League and the ownership of their respective clubs.

According to Sky Sports, around 20 Man United supporters entered the club’s training ground in Carrington demonstrating their fury against the Glazer family. This is following the scandal that saw the owners at the forefront of the proposed breakaway competition.

The club confirmed in a statement on Thursday that “a group gained access to the club training ground,”

“The manager and others spoke to them. Buildings were secure and the group has now left the site.”

This was in the build-up of Spurs 2-1 home win against Southampton on Wednesday afternoon in Ryan Mason’s first game in charge.