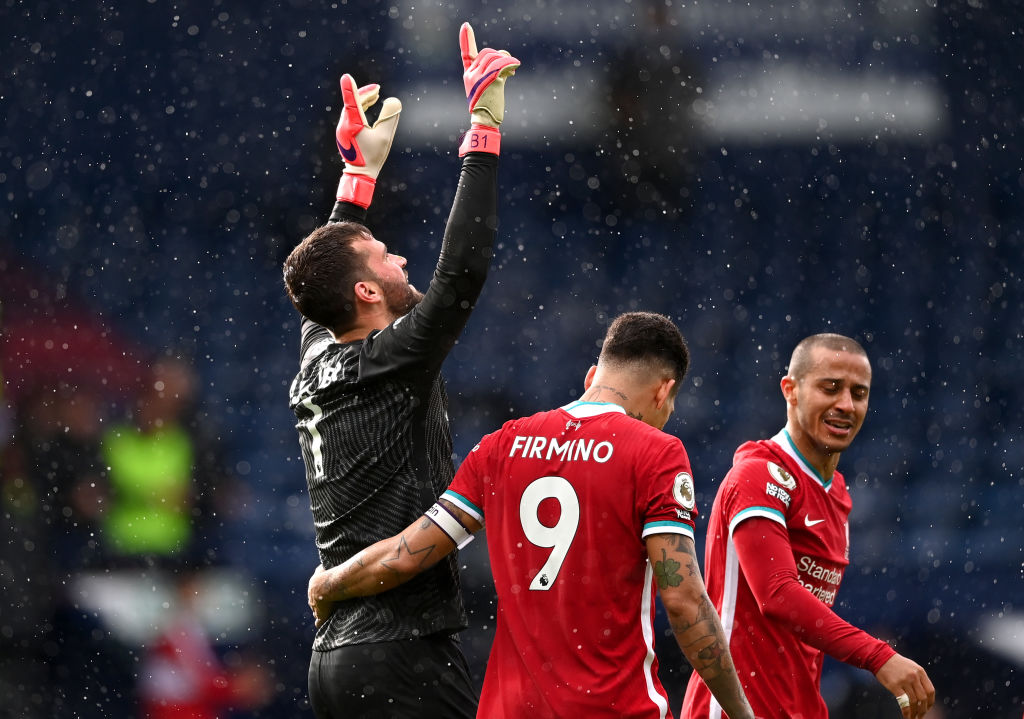 Liverpool needed a hero when Trent Alexander-Arnold stepped up to take a corner in the dying minutes of their Premier League clash against West Brom at The Hawthorns on Sunday.

The Reds were threatening West Brom’s goal constantly for the final 10 minutes and it was goalkeeper, yes goalkeeper, Alisson that kept his team’s top four hopes alive with a flying header deep in the 95th minute.

Alisson became the first goalkeeper to score for Liverpool in the club’s 129-year history.

Amongst all the excitement of scoring an incredibly significant goal, in an emotional post-match interview, Alisson dedicated the winner to his late father who died in Brazil in February aged 57.

For those that somehow missed it, here is Alisson’s goal from all angles: