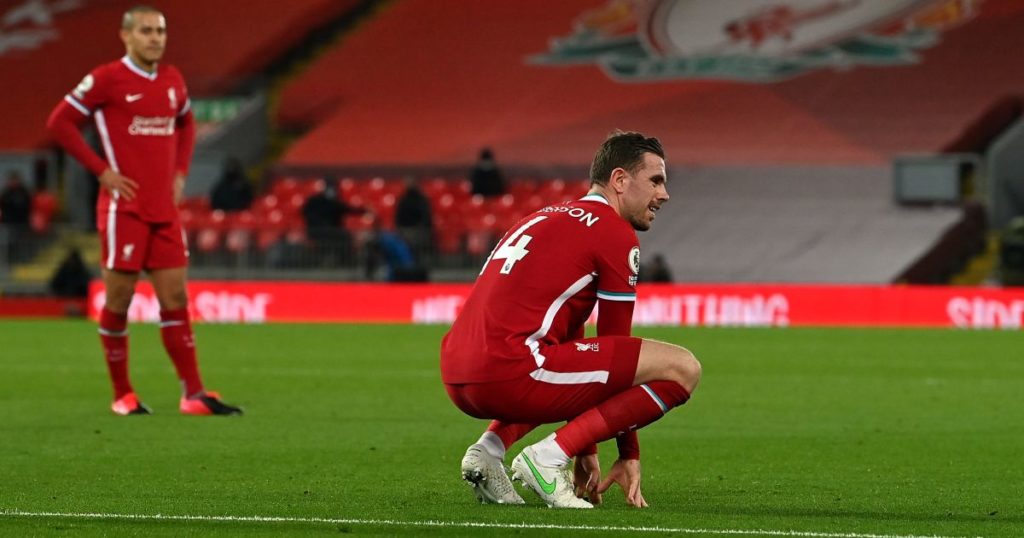 Liverpool captain Jordan Henderson will be out for a reported six to eight weeks after undergoing successful surgery on the groin injury he endured in last weekend’s 2-0 Merseyside derby defeat to Everton at Anfield.

As quoted by the Evening Standard, the club reveals that the midfielder has “had a corrective procedure carried out on the adductor injury and will begin a rehabilitation programme immediately”.

Initial reports suggested that the 30-year-old would be out for as long as 12 weeks after being forced off with the injury in the first half of Liverpool’s home loss to their neighbours.

This means that Henderson will not only miss a huge chunk of the Reds’ season as well as the March international break for England.