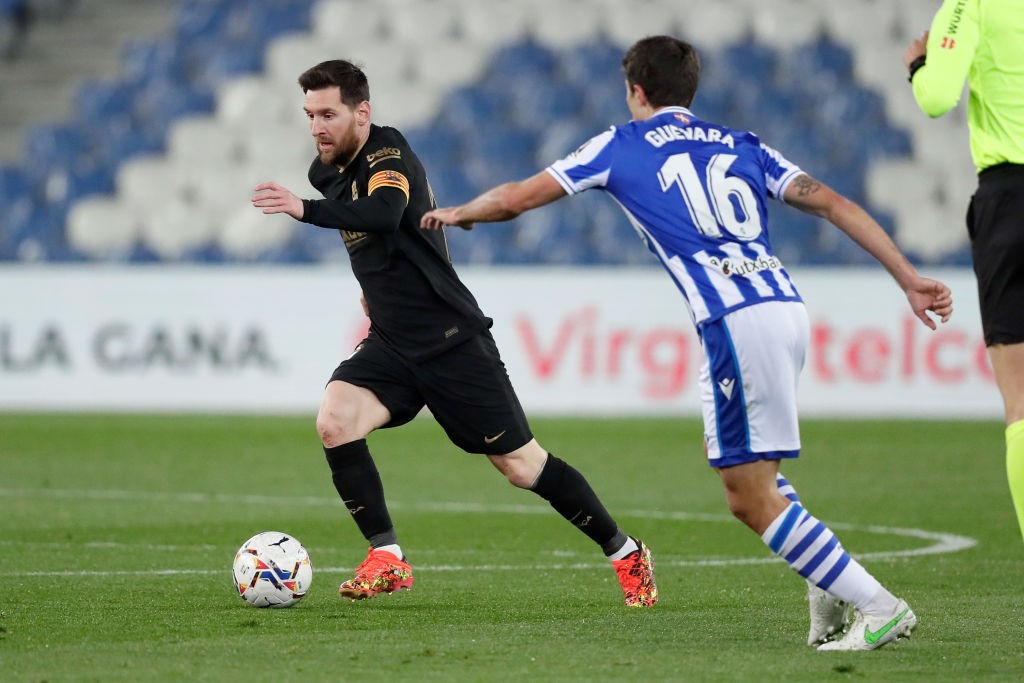 Lionel Messi became Barcelona’s all-time record appearance holder on Sunday night, scoring twice and assisting once in a 6-1 rout of Real Sociedad in his 768th game for the club.

Messi, who is also Barca’s all-time top scorer, moved one clear of former icon Xavi to have the most appearances for the club he joined as a 12-year-old.

Whilst there have been questions regarding Messi’s future at Barcelona since last summer having handed in a transfer request in August, for the time being, the Argentine will be focused on lifting the La Liga title at the end of the season.

The emphatic victory in Sociedad also saw Messi extend his lead at the top of this season’s goalscoring charts in La Liga with 23 goals – four ahead of nearest competitor Luis Suarez.