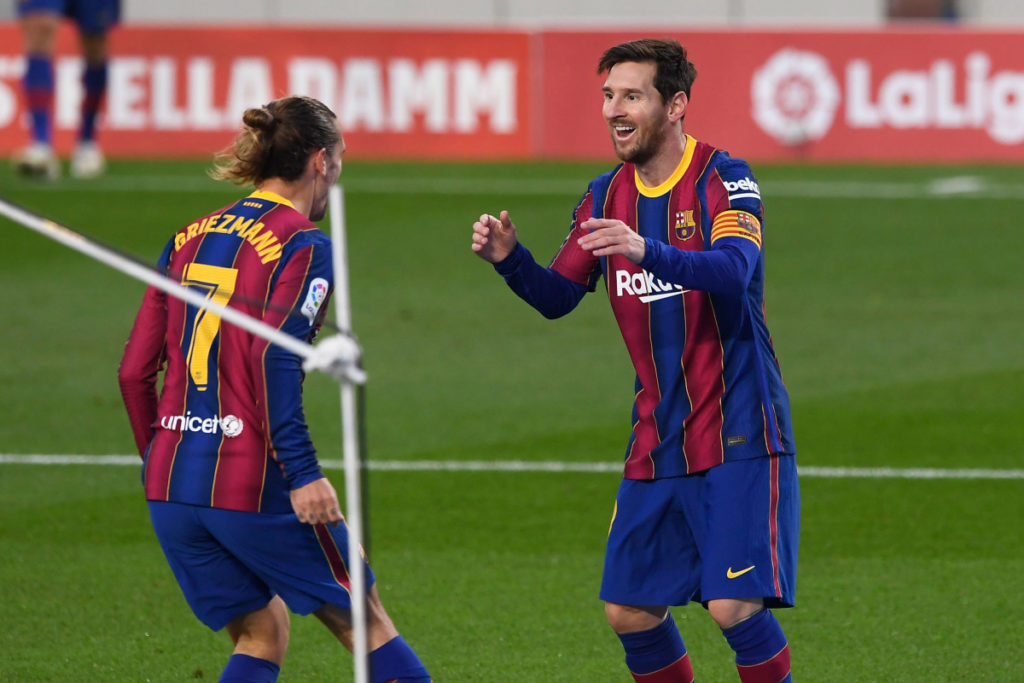 Eyebrows were raised by many when Lionel Messi’s name wasn’t included in Barcelona’s starting line-up against Real Betis on Sunday.

However, the Argentine genius did what he does best in leading the Catalans to a vital 3-2 victory which sees Barcelona move to second in La Liga, still seven points behind leaders Atletico Madrid.

By the 57th minute of the encounter at the Benito Villamarin, Messi was getting ready to come on with the visitors trailing 1-0 thanks to Borja Iglesias’s first-half strike.

It took just three minutes for the six-time Ballon d’Or winner to make an impact, rifling his shot into the bottom right-hand corner, leaving Joel Robles with no chance.

Messi was also pivotal in the build up to the other two goals which saw Barcelona tip this see-saw contest in their favour.

Lionel Messi made it to the Superbowl. This image off Movistar and made by NFL. pic.twitter.com/NMMvF90G7y

It took just 136 seconds for Messi to score after coming on! 😲

His fastest goal as a substitute in La Liga 😎 pic.twitter.com/9kZ3oSRhi6