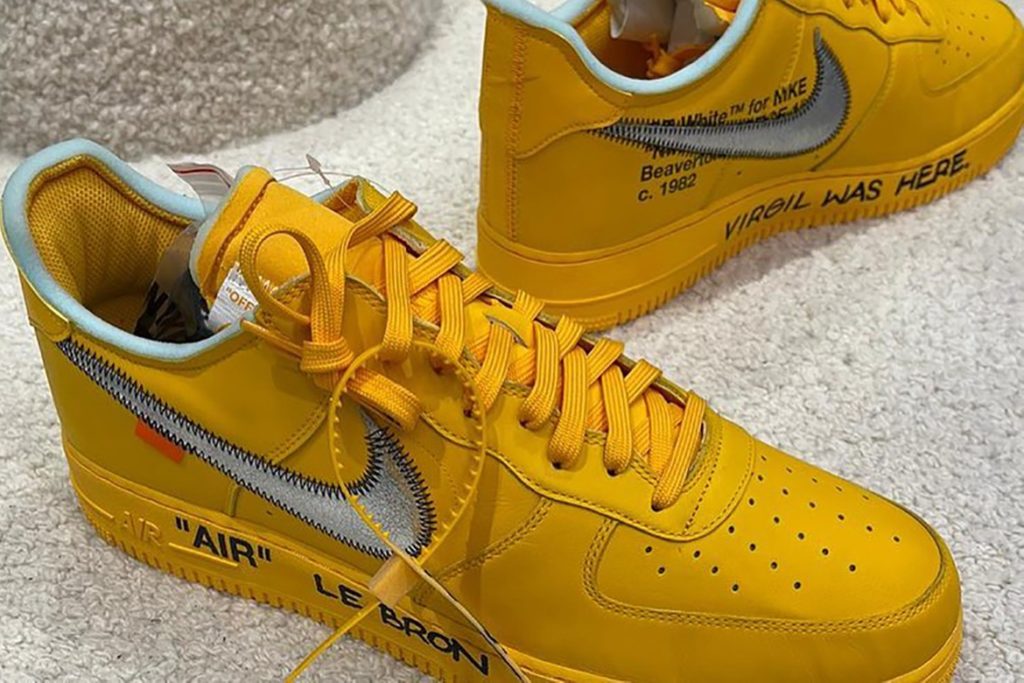 Virgil Abloh is parting ways with Nike in style before being ready to release seven new Off-White x Nike sneakers, including a “Canary Yellow” Air Force 1 which LeBron James wore in the build-up to the NBA All-Star Game in Atlanta.

The only time we had a peak at the “Canary Yellow” Forces was through an 8-bit picture on the designer’s Public Domain website, the platform where he previewed his upcoming Off-White x Nike sneakers.