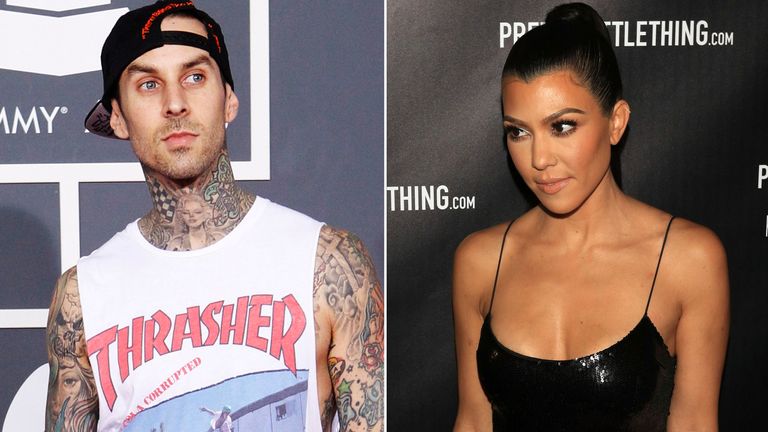 After making their relationship official in February, Kourtney Kardashian and Travis Barker are expressing their love for one another publicly after being snapped by paparazzi hugging each other following on from a dinner date in Los Angeles on Tuesday.

Wearing casual attire, the couple were spotted outside Crossroads Kitchen in West Hollywood waiting for the valet to drop off their car.

Although they started dating in December, the Keeping Up With The Kardashians star and the Blink-182 drummer have been both friends and neighbours for years. An insider told E! News that “Their relationship is going strong, and Travis has been treating her like a queen. He wants to do everything with her and is so excited about the relationship. It’s going really well and Travis’ kids love Kourtney.”