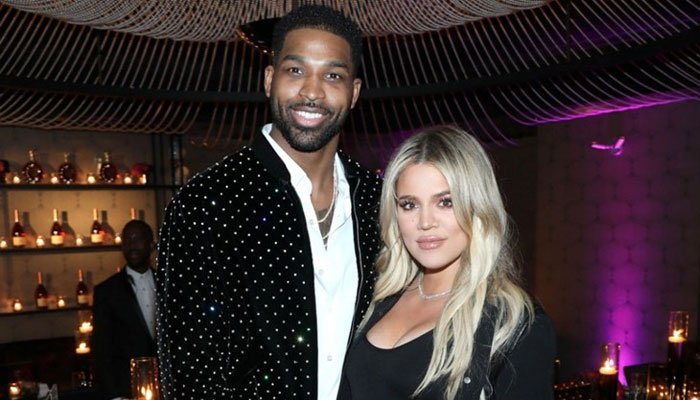 Khloe Kardashian has brushed away rumours that she is engaged to NBA player Tristan Thompson after she posted a picture of her wearing a huge diamond ring on Sunday.

According to Page Six, a source told the publication that Kardashian has always had the rock having posted the Good American advert via Instagram on Sunday.

The 36-year-old was even seen wearing the ring during an outing in Boston back in December as this isn’t the first time engagement rumours between the couple have sparked.

Thompson himself had commented on the post saying “WOW!!!!!!!! That grass is cut to perfection.” and E! personality Morgan Stewart replied “ARE THEY” as fans were left on the edge of the seat as to what Kardashian’s response would be.

Only for the Keeping Up With The Kardashians star to say “My reply was to the question ‘are they’? My reply is “Yep they are”…Meaning yes the shoes are dropping on 2.25.”