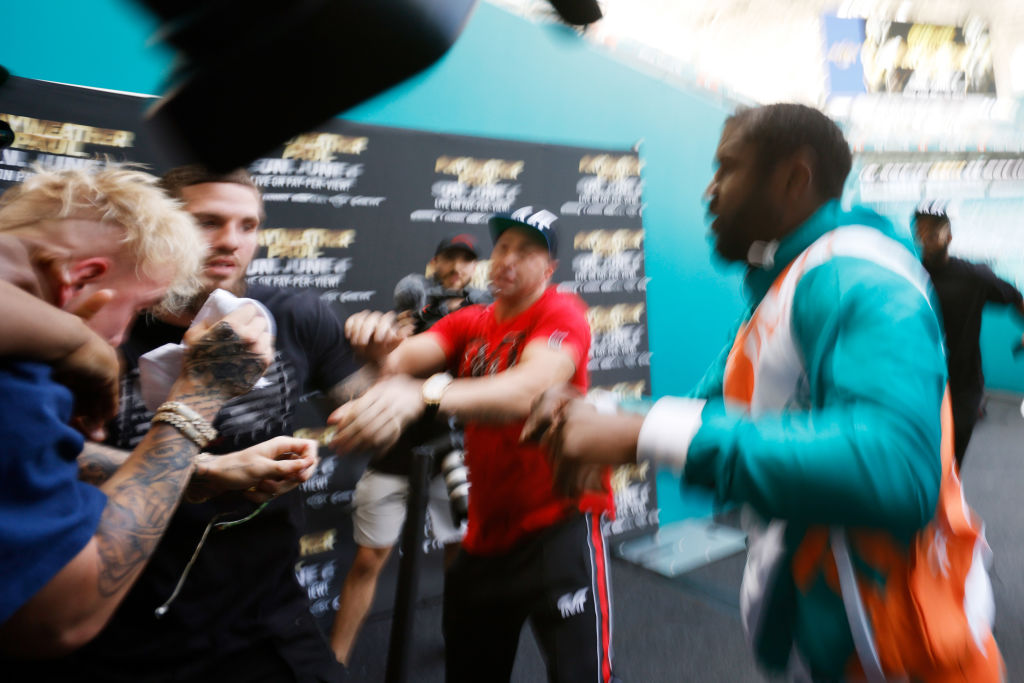 Floyd Mayweather got into a heated brawl with Jake Paul, the brother of the boxing legend’s upcoming opponent, Logan Paul.

The undefeated multi-weight champion was at a media event in the build-up to the fight at the Hard Rock Stadium in Miami Gardens on June 6.

With the cameras on Mayweather, Jake Paul confronted Money as the two were involved in a violent exchange, which saw the YouTuber snatch the boxing great’s baseball cap:

Logan Paul fought KSI in his last bout back in 2019, losing on points. For Mayweather, his previous fight came in a first-round knockout win against Tenshin Nasukawa in an exhibition match three years ago.