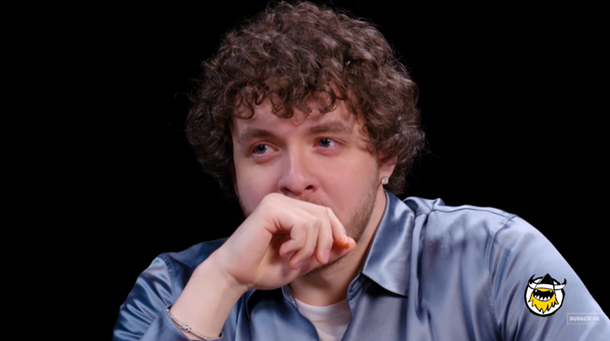 Grammy-nominated rapper and Private Garden founder Jack Harlow was put to the test in this new episode of Hot Ones, eating the wings of death.

In this Season 15 premiere of First We Feast’s show, Harlow realises he’s fulfilling a teenage dream sitting opposite presenter Sean Evans and climbing up through the spice levels.

Harlow battles his sauce-tasting demons, discussing his upbringing in Louisville, his love for ranch and the art of ad-lib.

Hit play on the video above to watch the full episode ^