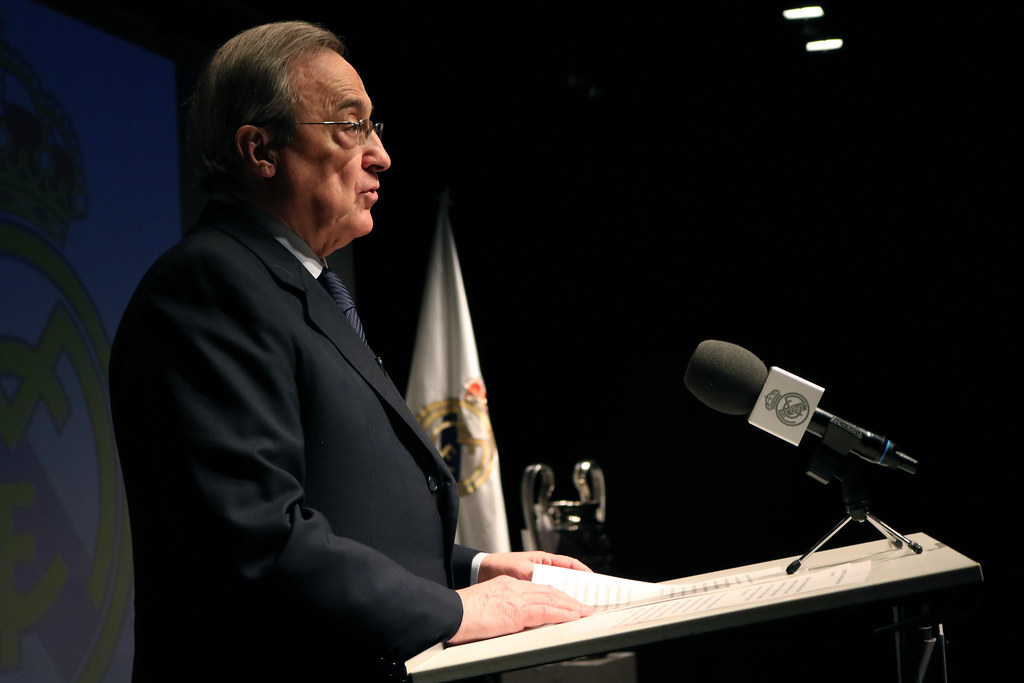 In an explosive interview on Monday night, Real Madrid president Florentino Perez has claimed that founding clubs are locked into the European Super League and cannot be banned from other tournaments.

Governing bodies, including UEFA, have issued strong warnings against clubs and players that take part in the midweek breakaway competition. Perez, who is also the chairman of the Super League, is insisting that no club will back out from the “binding” agreement.

“The contract of the Super League is binding. Nobody can leave, we will work all together. All the clubs signed the contracts last Saturday, there’s no problem.” Perez was quoted as per The Telegraph.

Perez is also confident that clubs won’t be expelled from domestic competitions and that players won’t be banned from international fixtures.

“Don’t worry, this will not happen. They won’t be banned if they join the Super League,” Perez said on Tuesday.

He added: “Real Madrid, Manchester City and Chelsea, and the other clubs of the Super League, will not be banned from the Champions League or domestic leagues, 100 per cent.

Perez believes that the creation of the Super League has been done in order “to save football” with part of the inspiration being that “young people are no longer interested” in the sport. The 74-year-old said that football needed to evolve and adapt to the times.

“Whenever there is a change, there are always people who oppose it… and we are doing this to save football at this critical moment,” Perez stated on the Spanish TV show El Chiringuito de Jugones.

“Young people are no longer interested in football. Why not? Because there are a lot of poor quality games and they are not interested, they have other platforms on which to distract themselves.”

The 12 founding members of the Super League are made up of Real Madrid along with La Liga rivals Barcelona and Atletico de Madrid. Six English Premier League clubs Manchester United, Liverpool, Manchester City, Chelsea, Arsenal and Tottenham Hotspur are also on board as well as Italian Serie A trio AC Milan, Inter Milan and Juventus.

Perez also illuded to the impact of coronavirus and the financial restrictions the pandemic has had on these clubs.

“Together we have lost 5 billion (euros),” he said. “In two seasons Madrid have lost 400 million.”

“When you have no income other than television, you say that the solution is to make more attractive matches that fans from all over the world can see with all the big clubs and we came to the conclusion that if instead of having a Champions League we have a Super League we would be able to alleviate what we have lost.”