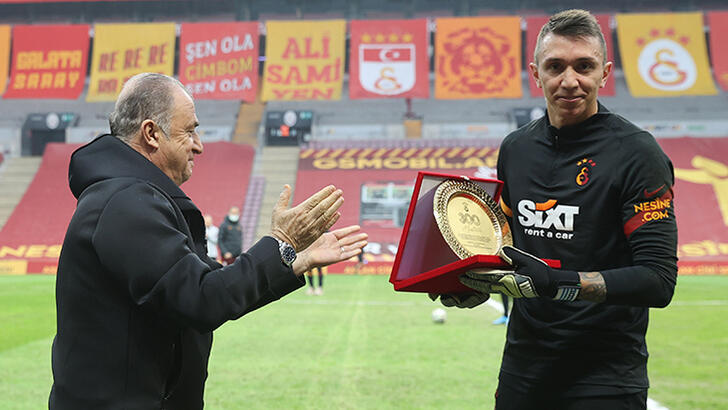 Fernando Muslera made Super League history in being the foreign player with the most appearances in the competition’s history and hitting the 300-league match milestone as Galatasaray defeated BB Erzurumspor 2-0 at the Türk Telekom Stadium.

Muslera, who joined Galatasaray in 2011 from Lazio, has evolved into a world class goalkeeper during his time at the club having won five Super League titles with as many Turkish Cup honours.

The 34-year-old’s performances for Galatasaray has also earned him the spot as Uruguay’s number one shot-stopper having helped his country reach the last three World Cups.

Muslera was presented with a special plaque by coach Fatih Terim before Sunday’s game and what better way to celebrate this achievement by seeing his team to go top of the league.