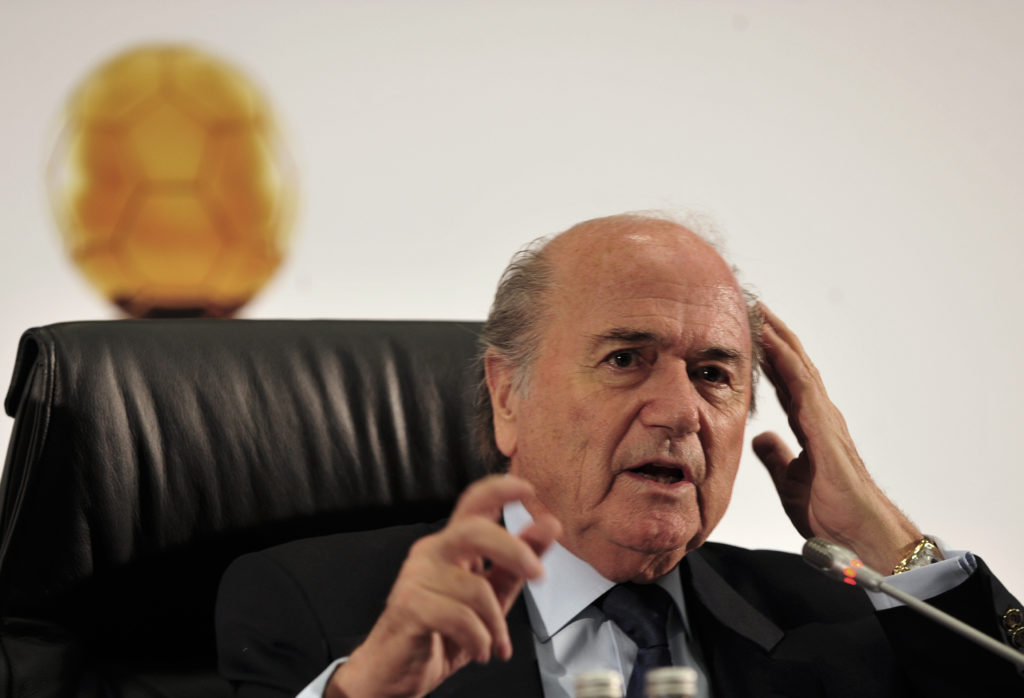 The ban will come into fruition when Blatter’s current suspension ends in October as his extended ejection from FIFA comes due to breaching of its ethics code.

FIFA’s former secretary general Jerome Valcke has also been punished with the same length of ban as himself and Blatter have both been fined £780,000 [€904,572], Sky Sports reports.

FIFA’s statement read, “The investigations into Messrs Blatter and Valcke covered various charges, in particular concerning bonus payments in relation to FIFA competitions that were paid to top FIFA management officials, various amendments and extensions of employment contracts, as well as reimbursement by FIFA of private legal costs in the case of Mr Valcke.”

85-year-old Blatter was charged by the adjudicatory chamber of FIFA’s ethics committee with breaches of regulations on duty of loyalty, conflicts of interest and offering or accepting gifts or other benefits.

The same principle also follows for Valcke along with abuse of his position. FIFA also compiled criminal proceedings against Blatter concerning the finances of its loss-making football museum in Zurich.

The museum was seen as a “pet project” of Blatter’s where FIFA showed concerns over the mismanagement by its former bosses and companies hired to work on the museum.