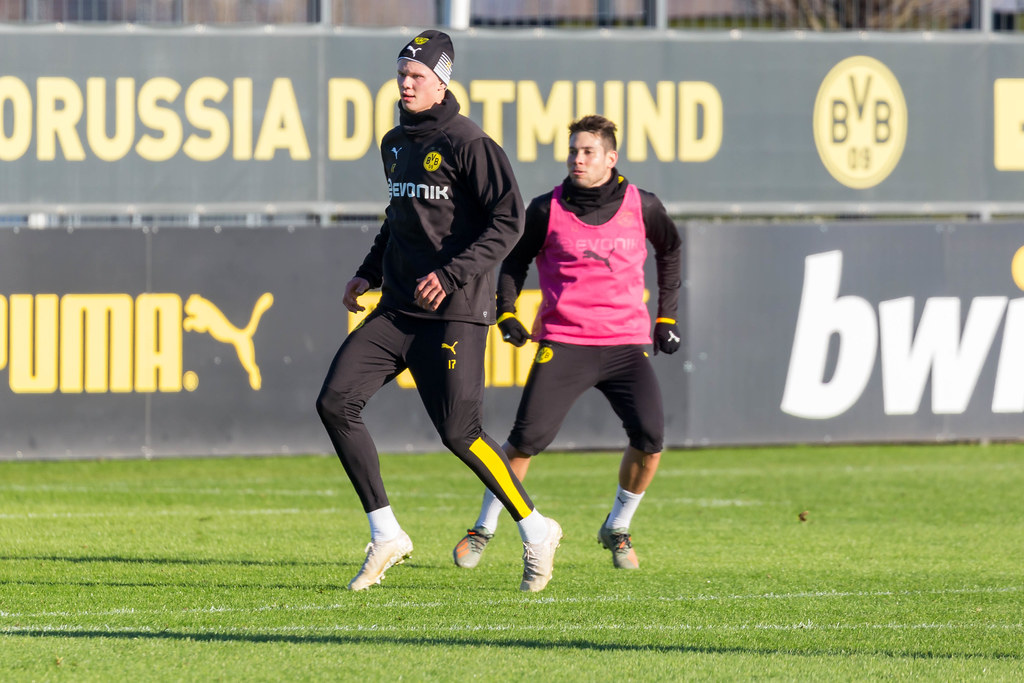 Assistant referee Octavian Sovre’s choice to approach Erling Haaland for an autograph of a yellow and red card after Manchester City’s 2-1 win against Borussia Dortmund on Tuesday is set to benefit a charity.

The Romanian official asked the Dortmund striker in the tunnel post-match at the Etihad Stadium to sign the two cards.

There have been many critics of the incident with BT Sport pundit Owen Hargreaves stating that Sovre’s actions “didn’t look right”.

Sovre’s childhood friend revealed that the cards are set to be auctioned later this month to help provide support for autistic people at the SOS Autism Bihor centre in Romania. The charity relies heavily on donations and auctioned items to raise money.

Simona Zlibut, who facilitates the therapy centre set up by parents and whose own 21-year-old daughter, Laura, is autistic, said as quoted by the BBC, “The red and yellow signed cards, which my kindergarten classmate Octavian donated to our SOS Autism Bihor centre, will be used for a noble cause.”

After the Champions League quarter-final first-leg, City manager Pep Guardiola defended Sovre, “Maybe he’s a fan of Haaland,” said Guardiola. “Maybe it was for his son or daughter. I’ve never seen it before, but the referee and the linesman were correct [during the match], they did a good job. That’s all.”