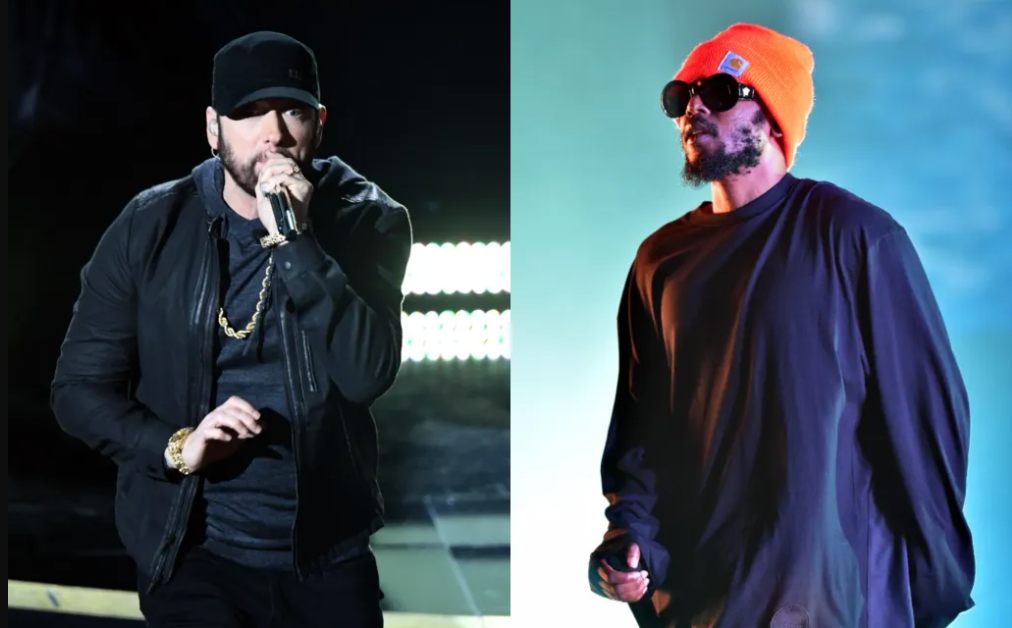 After listening to Kendrick Lamar’s new album, Eminem has been left “speechless.”

The ‘Lose Yourself’ star took to Twitter to share his thoughts on Kendrick’s new music, tagging his friend Dr Dre and writing: “This Kendrick album is f****** ridiculous. I’m speechless.”

It comes only a few months after the two performed together at the Super Bowl LVI halftime show in February, with Dr. Dre, Snoop Dogg, and Mary J. Blige.

“Writing. Listening. And collecting old Beach cruisers. The morning rides keep me on a hill of silence. I go months without a phone. Love, loss, and grief have disturbed my comfort zone, but the glimmers of God speak through my music and family.

“While the world around me evolves, I reflect on what matters the most. The life in which my words will land next. As I produce my final TDE (Top Dawg Entertainment) album, I feel joy to have been a part of such a cultural imprint after 17 years.”

Kendrick has scheduled a massive world tour for this year in addition to the release of his album.

The ‘Big Steppers Tour’ begins on July 19 at the Paycom Center in Oklahoma City and concludes on September 14 and 15 at the Crypto.com Arena in Los Angeles.

In the autumn, he will tour the United Kingdom and Europe, before traveling to Australia and New Zealand in December.

Yo @DrDre this Kendrick album is f****** ridiculous. I'm speechless.