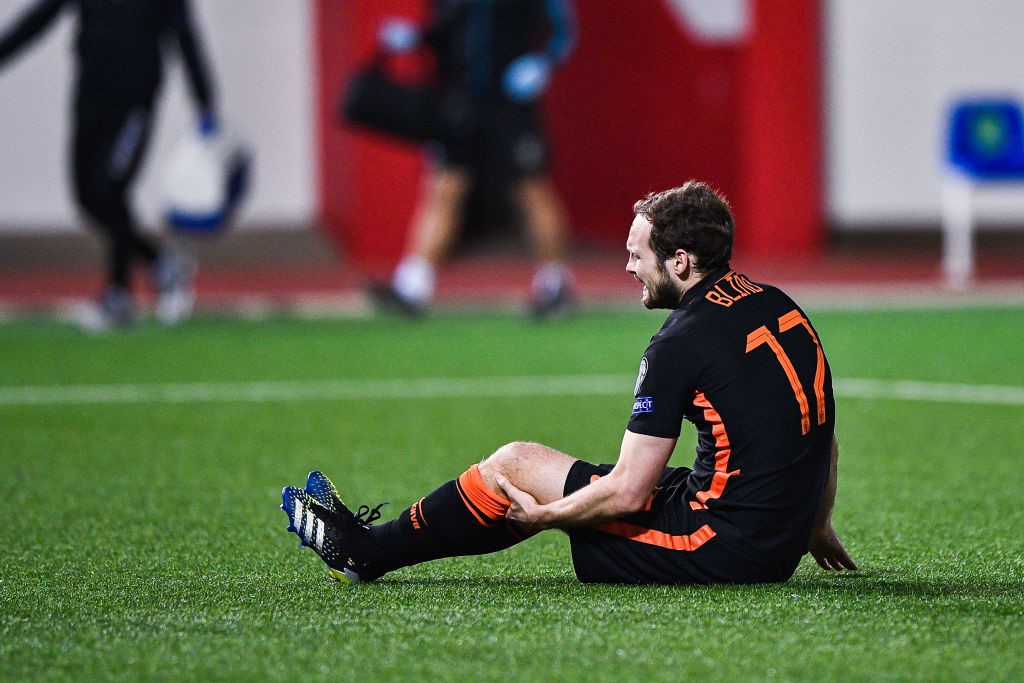 Ajax and Netherlands defender Daley Blind has assumed that “his season is over” after tearing a ligament in his left ankle during Oranje’s 7-0 win in Gibraltar on Tuesday.

Blind, who has been an integral player for both club and country, initially thought that he had suffered a knee injury after an awkward fall that saw him stretchered off in the World Cup qualifier.

Instead, the former Manchester United player confirmed that it was the front ankle ligament in his left ankle that was torn.

Blind announced through the club’s statement that he will have an operation on the injury next week. It also leaves the 31-year-old’s chances of playing in this summer’s European Championships in doubt.