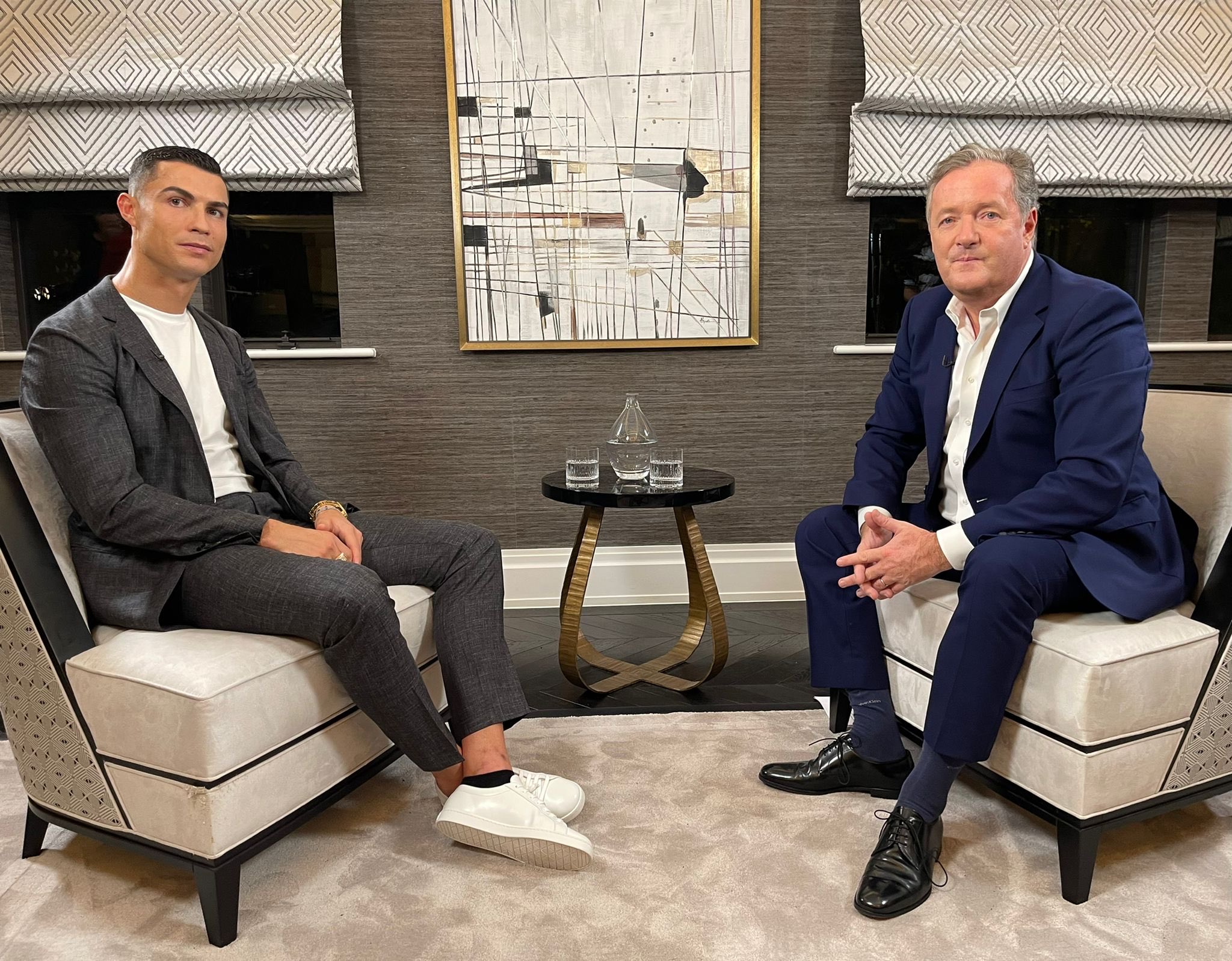 In highlights from an upcoming interview with Piers Morgan, Cristiano Ronaldo criticized his own team, Manchester United, and its manager Erik ten Hag.

After United’s Saturday 2-1 victory over Fulham, their final match before the Premier League takes a few weeks off for the 2022 World Cup, news of the interview broke.

“I don’t have respect for him because he doesn’t show respect for me,” Ronaldo said, per ESPN, of ten Hag, who demoted him for a meeting he took with Chelsea after he allegedly refused to come in as a substitute against Tottenham and was seen walking into the locker room before the match concluded.

Ronaldo issued an apology for his actions on Instagram, writing, “This is Manchester United, and united we must stand. Soon we’ll be together again.”

The superstar claims United wanted him to leave, despite a report alleging the 37-year-old striker wanted to play in the Champions League, given his few remaining years. “Manchester United tried to force me out,” he told Morgan.

“Not only the manager, but the other two or three guys who are around the club [at the senior executive level]. I felt betrayed,” Ronaldo continued. “I don’t care, people should listen to the truth. Yes, I felt betrayed. I feel that some people didn’t want me here, not only this year but last season too”

According to the Portuguese striker, he has little confidence in his current team. “The progress was zero,” he said. “Since Sir Alex left, I saw no evolution in the club. Nothing had changed. He [Ferguson] knows better than anybody that the club is not on the path they deserve to be.”

“He knows. Everyone knows. The people who don’t see that. It’s because they don’t want to see; they are blind,” he continued.

BREAKING: I’ve interviewed Cristiano Ronaldo at length for my show ⁦@PiersUncensored⁩ ….
It’s the most explosive interview he’s ever given. Stand by for news at 10pm. pic.twitter.com/oK7gSXF0Dg