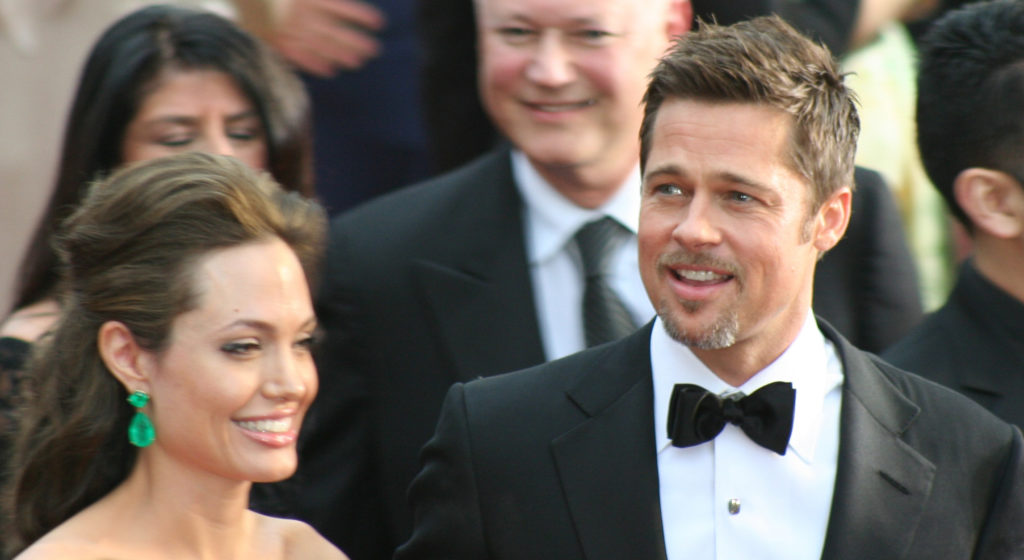 Brad Pitt is heartbroken after Angelina Jolie’s team leaked that she is set to testify over alleged spousal abuse in their custody trial, insiders believe.

The showbiz couple, who are legally divorced, are still fighting over custody of their six children as they are at midpoint of a trial facing a private judge.

45-year-old Jolie filed court documents on March 12th indicating that both she and her children are ready to offer testimony and “proof and authority in support” of her allegations against 57-year-old Pitt.

These court documents were initially private before they were leaked to The Blast, a Hollywood blog.

A source close to Pitt said as quoted by Page Six, “Brad is heartbroken that Angelina has gone that route. There’s a lot of emotion left after their marriage.

“He has taken responsibility for his actions and owned up to his past issues, he’s stopped drinking.

“The marriage was very passionate and toxic at times and — like all couples — they had fights, but also shared many good times together.

“He has talked about his drink and drug problems during the time they were together.”

It’s important to highlight that Pitt has never been arrested or prosecuted for any offence whilst being married to Jolie with no police reports of spousal abuse claims.

“Brad and his camp has never attacked Angelina. But his camp feels this leak was calculated to sway opinion ahead of the conclusion of their trial,” the source said.

“Brad feels like he’s being more and more isolated from his children, and he’s devastated about it.”

There is hope that the trial will be concluded by the end of the month, Jolie has attempted but not succeeded thus far at removing Judge John W. Ouderkirk from the case. The same judge that also married Pitt and Jolie has denied any personal bias or any party or attorney.

According to Page Six, reports that the pair’s eldest son, Maddox, aged 19, provided negative testimony against Pitt are untrue as the kids have been questioned by court-appointed therapists. Pitt is demanding 50-50 physical and legal custody of his six children with Jolie.

There have been suggestions that Pitt’s relationship with Maddox has been described as “difficult”, to which the father is said to be heartbroken.

Pitt was cleared of child abuse allegations five years ago by the Los Angeles County Department of Children and Family Services after an incident involving him and Maddox on a flight from the U.S to Europe. The DCFS ruled that there was “no inappropriate physical contact” between them.

This incident led to Jolie filing for divorce in September 2016 as “Brangelina” were declared legally divorced three years later.

Pitt spoke in an interview with GQ eight months later saying, “I was really on my back and chained to a system when Child Services was called. And you know, after that, we’ve been able to work together to sort this out,” he explained.

“We’re both doing our best. I heard one lawyer say, ‘No one wins in court — it’s just a matter of who gets hurt worse.’ And it seems to be true, you spend a year just focused on building a case to prove your point and why you’re right and why they’re wrong, and it’s just an investment in vitriolic hatred. I just refuse.

“And fortunately my partner in this agrees. It’s just very, very jarring for the kids, to suddenly have their family ripped apart.”

Pitt has reiterated that the well-being of his six children is of the highest priority. He continues, “There’s a lot to tell them because there’s understanding the future, there’s understanding the immediate moment and why we’re at this point, and then it brings up a lot of issues from the past that we haven’t talked about. So our focus is that everyone comes out stronger and better people — there is no other outcome,”