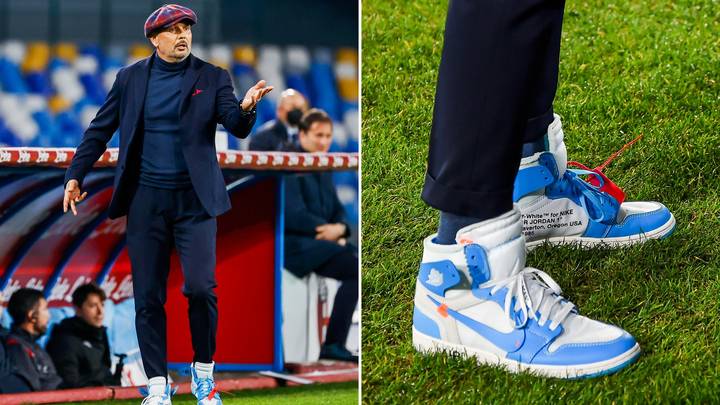 Siniša Mihajlović and his Bologna side may be trapped in midtable of Serie A this season and coming off the back of consecutive defeats, but little did people know that the former AC Milan manager is also a huge sneakerhead.

The Serbian was seen on the touchline donning Jordan 1 Retro High Off-White “University Blue” as he watched his side lose 3-1 to Napoli at the Stadio San Paolo on Sunday night.

It’s one thing seeing an athlete whether it’s a footballer or basketball player wearing a range of high-profile shoes, but to see a 52-year-old football manager having such fire on his feet is a different ball game.

It looks like Pep Guardiola finally has a direct competitor for most casually dressed football coach in the world.