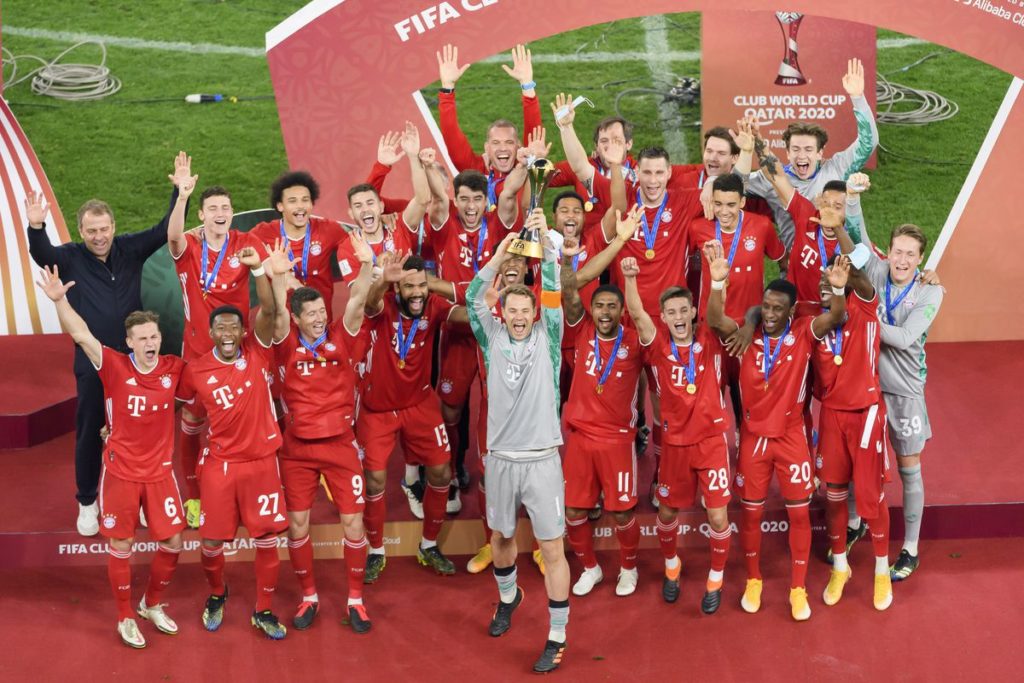 Bayern Munich won their sixth trophy in nine months after edging Tigres 1-0 in the Club World Cup Final in Qatar.

Benjamin Pavard was the hero on Thursday night for Bayern, who have now added to their increasing trophy cabinet, including the Champions League and Bundesliga as well as UEFA and German Super Cup titles.

VAR overturned Pavard’s goal which was initially disallowed as Robert Lewandowski appeared to be offside in the build-up play which led to the breakthrough.

Joshua Kimmich previously had his strike cancelled out by VAR.

Bayern’s victory means that this is the eighth time in a row that the European Champions have lifted the Club World Cup.

CONCACAF champions Tigres failed to stop the favourite’s dominance throughout the encounter. However, the club’s striker Andre-Pierre Gignac, a former France international, won the tournament’s Golden Boot with three goals.