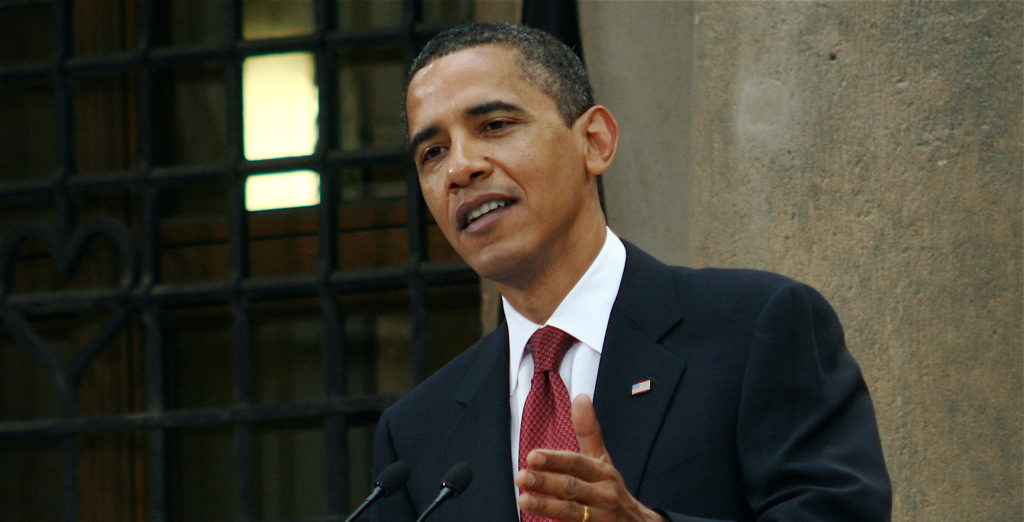 Barack Obama has said that he punched a schoolmate’s nose after a racial slur was thrown at the former U.S. President.

Speaking to popular American singer Bruce Springsteen on the new Renegades podcast, Obama recalled the shocking incident with his then-friend at the time.

As quoted by Complex, Obama said “Listen, when I was in school, I had a friend. We played basketball together. And one time we got into a fight and he called me a c**n. Now, first of all, ain’t no c**ns in Hawaii, right? It’s one of those things that where he might not even have known what a c**n was. What he knew was, ‘I can hurt you by saying this,’”

Obama adds, “and I remember I popped him in the face and broke his nose and we were in the locker room.”

“I explained to him—I said, ‘Don’t you ever call me something like that,’” Obama stated. He said that using racial slurs is an “assertion of status over the other” person. “I may be poor. I may be ignorant. I may be mean. I may be ugly. I may not like myself. I may be unhappy. But you know what I’m not?” Obama said to Springsteen. “I’m not you.”

“That basic psychology that then gets institutionalised is used to justify dehumanising somebody, taking advantage of ‘em, cheating ‘em, stealing from ‘em, killing ‘em, raping ‘em,” said Obama. “Whatever it is, at the end of the day it really comes down to that. And in some cases it’s as simple as, you know, ‘I’m scared I’m insignificant and not important. And this thing is the thing that’s going to give me some importance.’”

You can listen to the full podcast episode below.