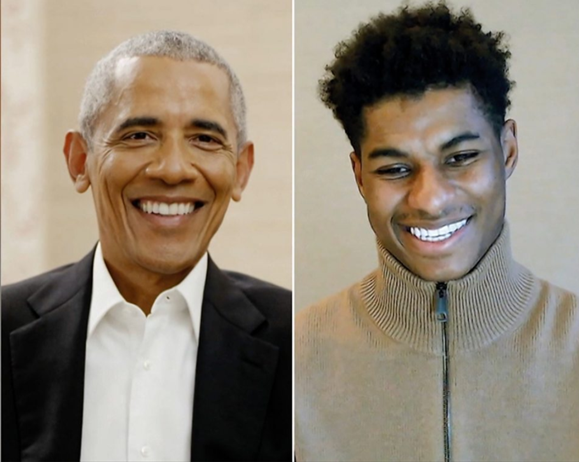 In a Zoom meeting held by publishers Penguin, Obama told 23-year-old Rashford that he was “way ahead of where I was” at his age.

Rashford described the feeling of talking to Obama from his kitchen in Manchester as “surreal”.

Obama spoke to Rashford who are “positive forces in their communities”, where the former President’s past shared experiences, with the two being raised by single mothers and their contribution in community projects brought up in conversation.